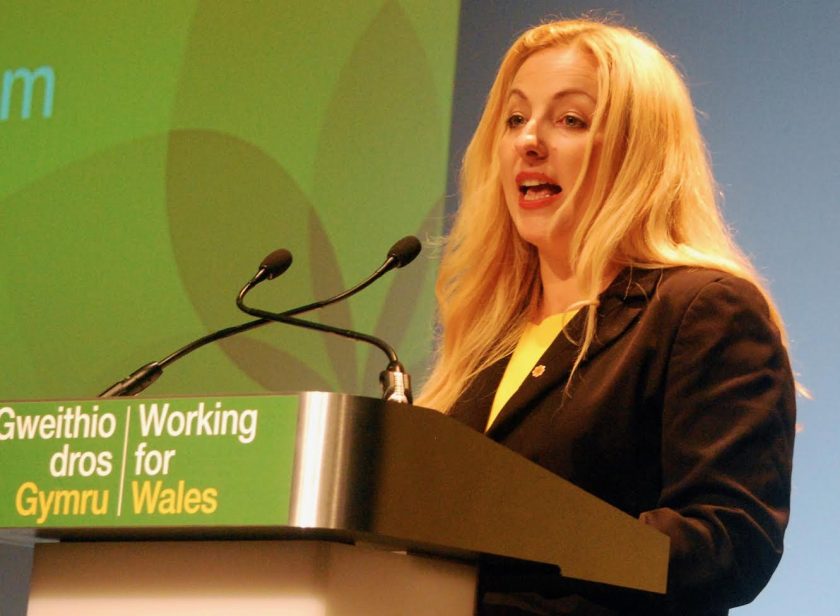 This article is old - Published: Thursday, Jan 18th, 2018
Plaid Cymru’s candidate in the Alyn and Deeside by-election has condemned a Cheshire Tory MP after she accused people from Wales of causing problems in the English NHS by using their hospitals.
Carrie Harper said the comments by Antoinette Sandbach MP were a “pathetic attempt to distract people from the very real problems facing the NHS in England”.
She went on: “Given the crisis in the NHS in England, with cancelled operations, increased waiting lists, junior doctors striking and creeping privatisation I’m not surprised that this Tory would want to try to pass the buck and blame someone else.
They do it so well and so often but trying to blame the people of north-east Wales for using hospitals in England really is scraping the bottom of the barrel.”
Ms Sandbach, MP for Eddisbury in Cheshire, is a former Welsh Assembly Member for North Wales. On the Sunday Politics programme for the north-west of England this week (1), she appears to blame problems at the Countess of Chester Hospital on patients from Wales.
Carrie Harper said: “There is a mounting crisis in the NHS in England but they’re not being caused by people from Wales using those hospitals. Many people in north Wales use hospitals in England for specialist services and those visits are paid for by Betsi Cadwaladr Health Board – £70 million pounds last year.
“These are long-standing arrangements and Antoinette Sandbach should know that as a former AM herself. Perhaps she thought she could get away with spouting nonsense on a programme that would only be seen in England.
“The people living in Flintshire and Wrexham often have the worst of both worlds because we have to face Labour mismanagement of NHS services in Wales and Tory privatisation and austerity in England. Welsh people needing to access specialist services in English hospital are facing a double whammy because demand for health services continues to grow beyond the funding being provided by the UK Government.
“We need a change of government in Cardiff and London and that change starts on February 6th when the people of Alyn and Deeside get a chance to vote for Plaid Cymru”
‌﻿​﻿‌﻿‌﻿‌﻿​﻿‌﻿‌﻿‍﻿‌﻿​﻿‌﻿‌﻿‌﻿​﻿‌﻿​﻿‍﻿‌﻿​﻿‌﻿‌﻿‌﻿​﻿‌﻿​
Spotted something? Got a story? Send a Facebook Message | A direct message on Twitter | Email: News@Deeside.com