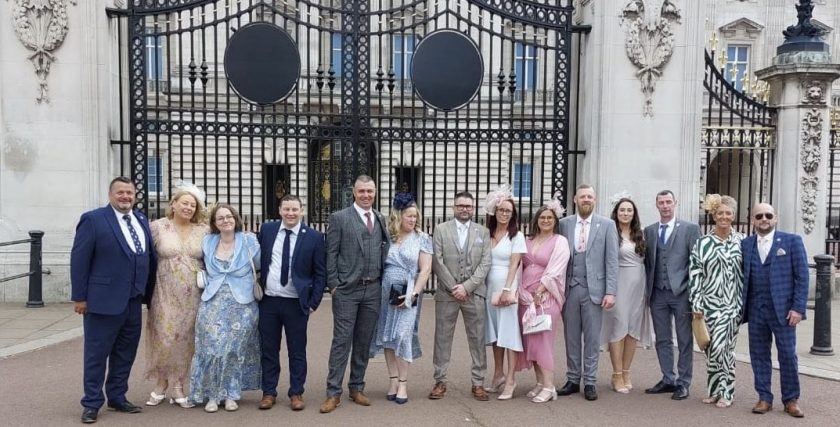 A group of friends from Deeside attended the Queen’s garden party at Buckingham Palace this week as recognition for raising thousands of pounds for an armed forces charity.

More than 3,000 guests attended Thursday’s annual garden party for forces charity The Not Forgotten Association, the first one to be held since the pandemic lockdowns.

Many of those attending were Veterans of all ages who enjoyed a chance to catch up with old friends at a royal garden party.

Last year the group, known as the Shotton Walkers, completed a gruelling 171-mile walk raising over £15,000.00 for their charities including The Not Forgotten Association.

Setting off from Shotton Colliery in County Durham last September, the team took on the seven-day walk that ended at The Clwyd in Shotton, Deeside after being led home by the Cambria Band.

Both locations are known for their industrial past with Shotton Colliery being a historic coal mining town and our Shotton is still a famous site in British Steel history. 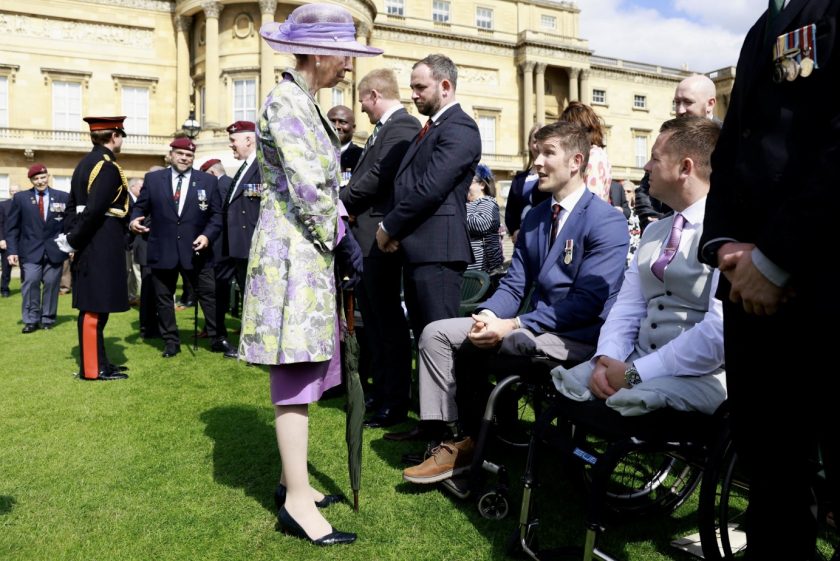 The Princess Royal, accompanied by Vice Admiral Sir Tim Laurence, hosted Thursday’s garden party in the absence of the Queen, who has mobility issues.

Princess Anne is Patron The Not Forgotten Association, which provides leisure and recreation for wounded, injured or sick service and ex-service men and women.

Speaking on behalf of all the Shotton Walkers, Dean Stenner said: “We are so proud to have had the opportunity to travel to London and represent Shotton at Buckingham Palace. The day will last in our memories forever.”

“To be recognised in such a way for our efforts was a massive compliment and reflects the importance of our contribution to the charity.”

Dean who was also elected onto Shotton Town Council last week added: “We would like to thank our social media team, Caitlin, Jodie and Rich in the USA who managed our website, all the sponsors, donors and everybody who supported us during the planning and walk. We were invited to Buckingham Palace because of you all.” 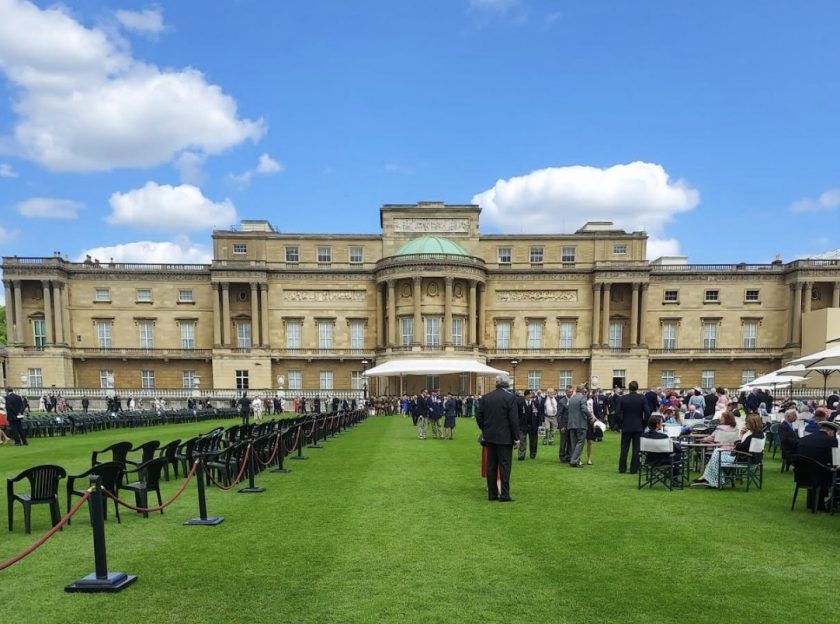 Fellow Shotton Walker, Pete Dodd said: “It was such an honour to be invited along with so many of our veterans.”

“The whole experience was quite surreal it didn’t really sink in until the following day. It was great to share the experience with some amazing people.”

Shotton Walker Lee Stinchcomb added: “I would just say it was an honour to be asked to attend the garden party and felt amazing to be recognised for the effort that we all put in last year during the walk and all the planning it entailed.”

“It was a once in a lifetime experience and one that we will all remember forever and one we will all be telling our families about in the future, very very proud day.”

Wives and partners of the walkers also attended the garden party, Kaye Stinchcomb said: “It makes me so proud of what the lads did, that they received this amazing honour of being invited to Buckingham Palace and we all got to share this experience together as a family.” 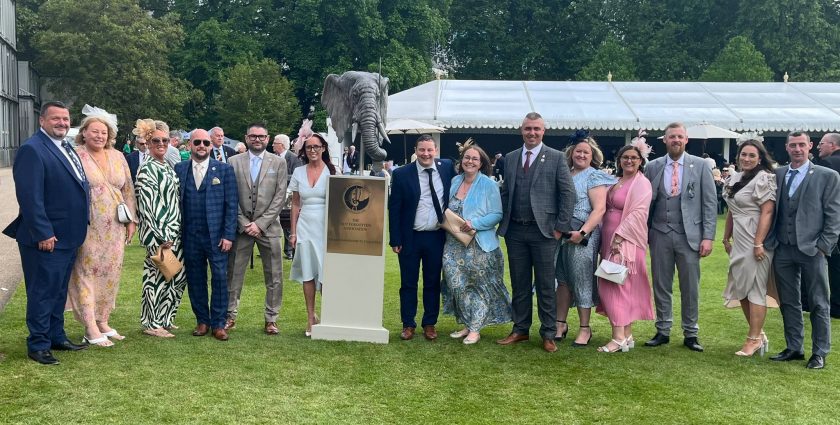 The Not Forgotten Association (NFA)

Delivering high quality and safe recreational and entertainment activities to meet the needs of their beneficiaries, providing a caring and personal service which is fully linked in with other recovery pathways and which is underpinned by an ethos where everyone counts and is valued.

The Campaign Against Living Miserably (CALM) is leading a movement against suicide.


Tweets by Deesidedotcom
Wednesday May 25th 17:24