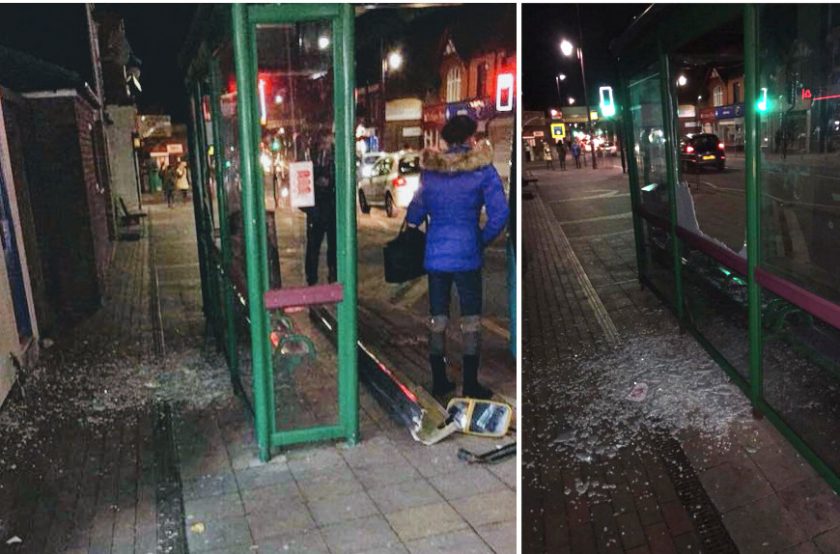 A Shotton bus shelter was partially destroyed after a bus driver misjudged the stop and smashed the side view mirror into it breaking the roof and showering fragments of glass across the pavement. 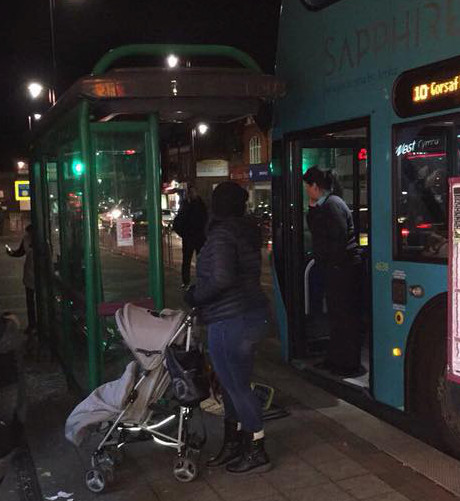