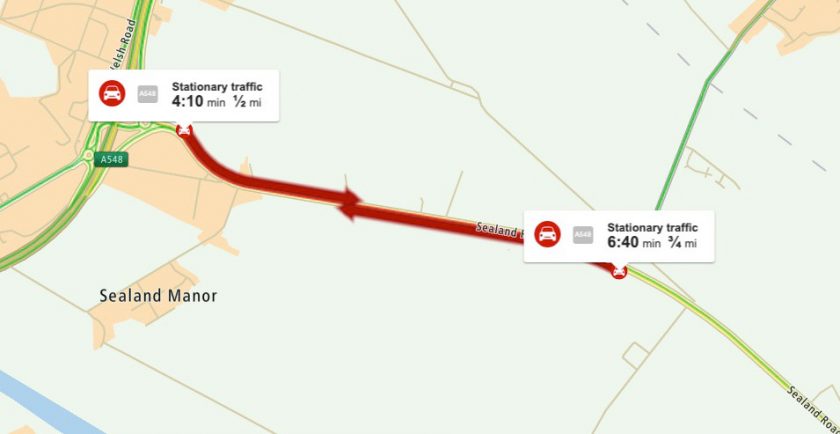 Update: All clear and traffic is moving freely.

The crash is understood to have happened close the the A494 entry outside The Organic Stores.

Traffic is building up in both directions.

“A548 both ways partially blocked, queueing traffic due to accident between Old Sealand Road and A494 (Drome Corner). Outside The Organic Stores.”

More as and when …


Tweets by Deesidedotcom
Wednesday May 25th 17:56