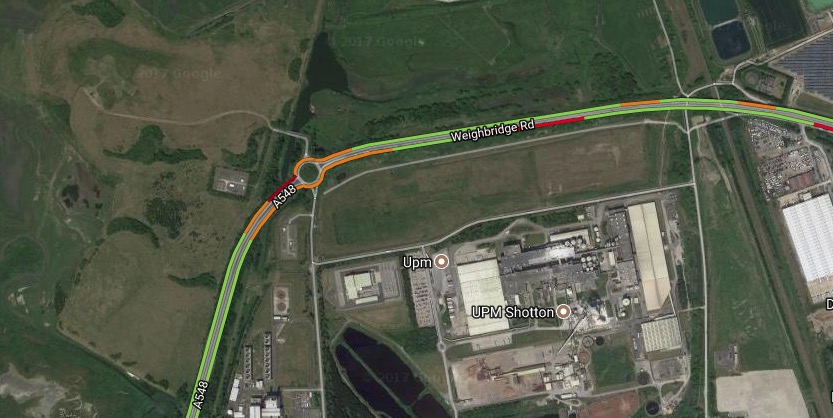 This is a protest over the exclusion of local, and UK-based workers on Mechanical and Electrical construction work.
C.N.I.M have a long track record throughout the UK of exploiting non-UK labour through bogus self-employment, very poor health & safety records and sub-standard accommodation — with a recent case which involved a dozen people sharing a three bedroom house.
We want to highlight what is happening here. In our view this is no more than modern slavery with vulnerable workers being brought to the UK to be exploited. ‌﻿​﻿‌﻿‌﻿‌﻿​﻿‌﻿‌﻿‍﻿‌﻿​﻿‌﻿‌﻿‌﻿​﻿‌﻿​﻿‍﻿‌﻿​﻿‌﻿‌﻿‌﻿​﻿‌﻿​

Police update: A548 is currently shut at zone 2 of the Deeside Industrial estate-please avoid area