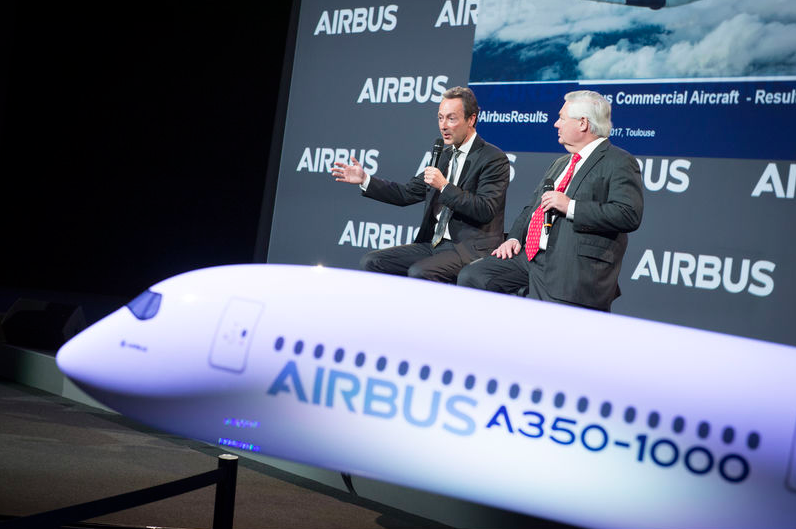 Exact figures, the report says “have been kept under wraps” ahead of an announcement on January 15, but sources told Reuters a late push by Airbus saw them hand over a record monthly total of jets in December, “surpassing the previous monthly peak of 111 seen in the closing weeks of 2016.” ‌﻿​﻿‌﻿‌﻿‌﻿​﻿‌﻿‌﻿‍﻿‌﻿​﻿‌﻿‌﻿‌﻿​﻿‌﻿​﻿‍﻿‌﻿​﻿‌﻿‌﻿‌﻿​﻿‌﻿​

Without disclosing numbers, Chief Operating Officer Fabrice Bregier thanked staff in a memo for “huge collective efforts” that had seen the company break records for deliveries logged both in one month and in one-year industry” Reuters reports. ‌﻿​﻿‌﻿‌﻿‌﻿​﻿‌﻿‌﻿‍﻿‌﻿​﻿‌﻿‌﻿‌﻿​﻿‌﻿​﻿‍﻿‌﻿​﻿‌﻿‌﻿‌﻿​﻿‌﻿​