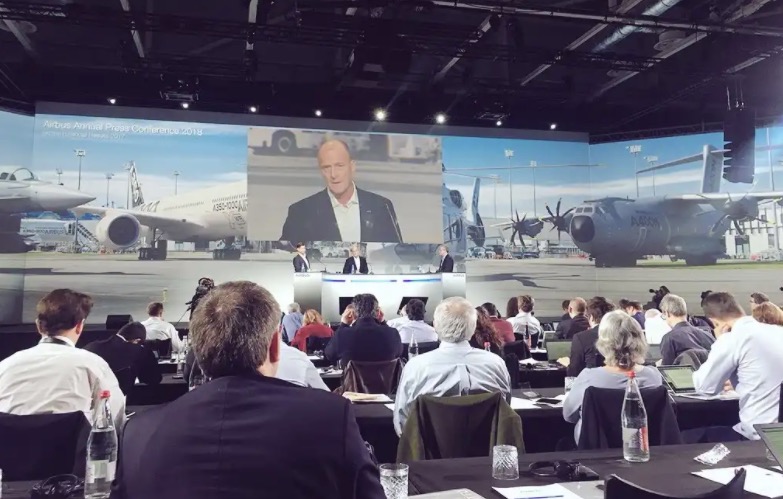 Supplier Pratt & Whitney introduced new engine fixes in the fourth quarter which have been certified say Airbus but a new issue has arisen recently, “the impact of which is under assessment with respect to 2018 deliveries, the A320neo ramp-up remains challenging and requires that the engine suppliers deliver in line with commitments.” A company statement say. ‌﻿​﻿‌﻿‌﻿‌﻿​﻿‌﻿‌﻿‍﻿‌﻿​﻿‌﻿‌﻿‌﻿​﻿‌﻿​﻿‍﻿‌﻿​﻿‌﻿‌﻿‌﻿​﻿‌﻿​

On A400M, we made progress on the industrial and capabilities front and agreed a re-baselining with government customers which will significantly reduce the remaining programme risks. This is reflected in a substantial one-off charge. ‌﻿​﻿‌﻿‌﻿‌﻿​﻿‌﻿‌﻿‍﻿‌﻿​﻿‌﻿‌﻿‌﻿​﻿‌﻿​﻿‍﻿‌﻿​﻿‌﻿‌﻿‌﻿​﻿‌﻿​