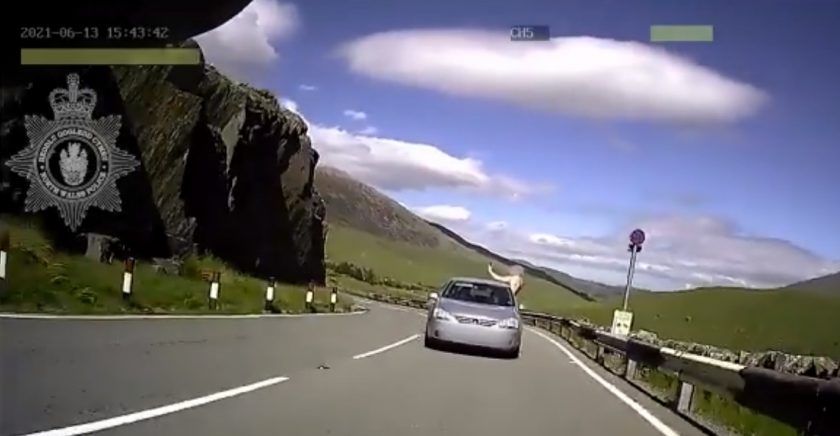 Police have slammed the “stupid behaviour” of the passengers of a car who were caught leaning out of the window to take pictures for Snapchat.

Footage was captured by an unmarked police bike which was on patrol in Snowdonia last Sunday.

It shows two individuals leaning out the window of a silver car with their phones out as it travels through the national park.

North Wales Police said the car was stopped and tickets issued to the individuals concerned.

In a post on Twitter, members of the roads policing unit said: “Perfect example of stupid behaviour…

“Captured whilst one of our unmarked bikes was on #OpDarwen patrol in Snowdonia last Sunday.

“Car stopped and tickets issued. Stern words were also given. Their excuse – ‘taking pics for Snapchat’.”