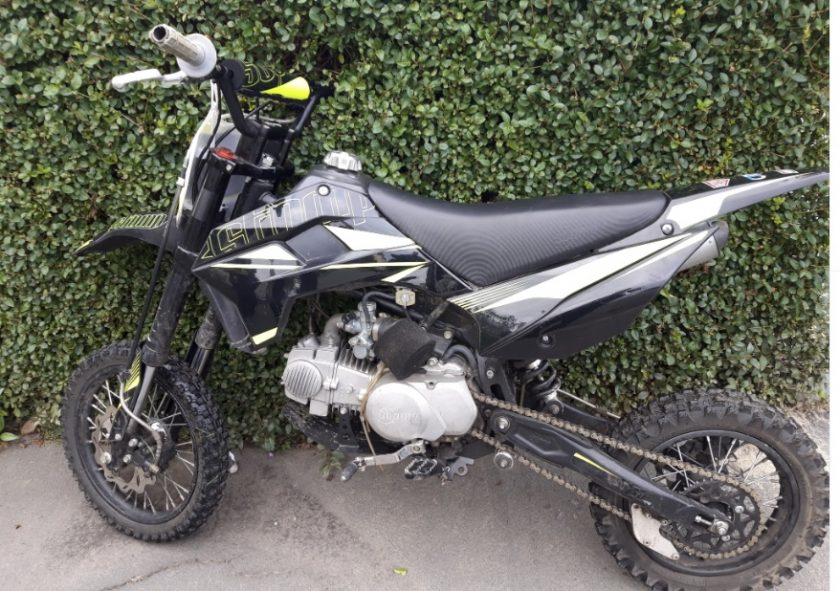 An off-road bike has been seized in Deeside after an elderly man was reported to have been struck while walking to the shop on Monday.

The alleged incident happened between the Quay Medical Centre and Tesco Express at around 6.10pm on September 19th.

Police attended an address in Shotton this morning, September 21 and seized a ‘STOMP’ motorbike as part of Operation Blue Takeoff – an initiative to tackle increasing reports of anti-social riding across North Wales.

The owner of the bike was reported for careless driving, along with other offences.

“The first time offenders will know they have been caught is when officers turn up at their home and seize their motorbike.

“My message is a simple one: If you are using a motorbike on the road or in another public place, you will need a driving licence, insurance and the bike needs to be road worthy, with a current MOT (age dependant).

“In addition, the bike needs to be ridden in accordance with the Highway Code and all of the correct safety equipment needs to be worn.

“Those who ride motorbikes in an antisocial manner and in contravention of the rules will be dealt with robustly.”

Several people have reported seeing an off-road bike being ridden at speed around the Central Drive area of Higher Shotton over the past few nights.

One local resident – who preferred not to be named – sent the video below showing a young male riding the bike “like a lunatic, without helmet.”

At one point the rider attempted “to do jumps” off speed bumps outside the Coop store, “a car could have easily crashed into them as they had no lights, it was really dangerous” The resident said.

A group of around 15 youngsters also took turns to ride on the back of the bike “as it tore around the estate.” They added.

To report an incident in your area, contact police via the live webchat, online or on 101