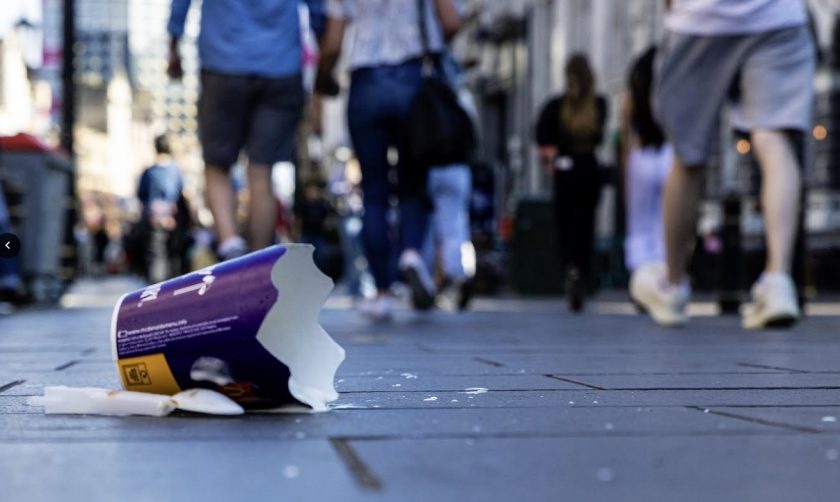 An independent report published by Keep Wales Tidy has revealed that packaging litter was found on 64.2% of streets across the country.

‘How Clean Are Our Streets? is the first report of its kind since the start of the COVID-19 pandemic.

It brings together results from thousands of street cleanliness surveys to give a ‘snapshot’ of litter and other environmental quality issues.

Among types of packaging recorded, litter from confectionery, including sweet wrappers and crisp packets, was found on nearly half of streets. Drinks litter remained at pre-pandemic levels and was found on 44% streets.

Many environmental charities, including Keep Wales Tidy and its counterparts in England, Scotland and Northern Ireland, believe the implementation of Extended Producer Responsibility (EPR) in the UK could be a game-changer in eliminating packaging litter and waste.

An EPR scheme would require packaging producers to pay for the treatment or disposal of their goods.

This is intended to encourage producers to reduce waste and promote more sustainable product design.

As is the case with many other European countries, the current proposals also suggest that the costs of littering should be covered.

“The prevalence of littered packaging across Wales further strengthens the case for EPR. The responsibility for tackling litter does not rest solely with local authorities and the financial burden on the public purse must be reduced. ”

“There are no excuses for littering and we want to ensure everyone takes responsibility for disposing of their waste properly.”

“We continue to work with organisations like Keep Wales Tidy to stop it from happening in the first place so everyone can enjoy our communities and the fantastic scenery Wales has to offer.”

“We agree with the principles of an EPR scheme and will make an announcement in due course.”

Other headline results from the How Clean Are Our Streets? report include:

The street cleanliness surveys were carried out as part of Caru Cymru – an initiative led by Keep Wales Tidy and local authorities to eradicate litter and waste.