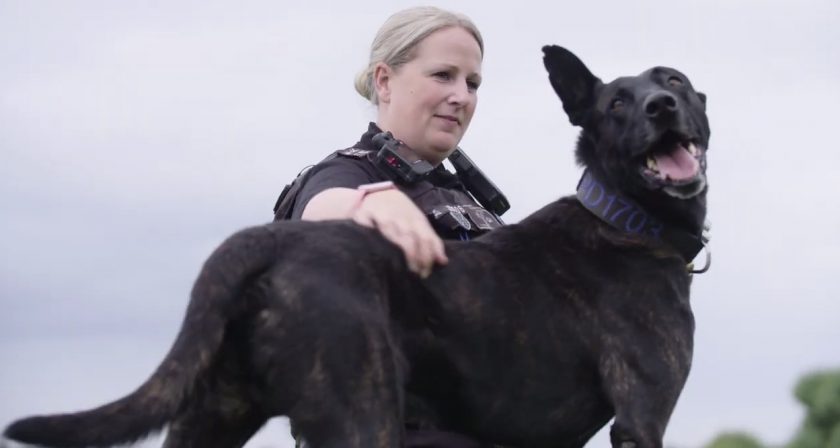 But one crime-fighting duo has constantly been achieving “outstanding operational results” and have been recognised in the inaugural Thin Blue Paw awards which celebrate the work of serving and retired police dogs across the UK.

Police Dog Bart and PC Kelly Walker from the Alliance Dog section have been announced as winners of the Crime Fighting Duo award.

The awards organised by police dog welfare charity the Thin Blue Paw Foundation is for a serving police dog and handler team who are constantly achieving outstanding operational results.

Police Dog Bart and PC Kelly Walker have been working together on behalf of Cheshire Police and North Wales Police for four years.

The duo work across a huge area to support all units and assist with firearms support, high-risk missing persons, and tracking from scenes of crime, as well as supporting new handlers into the team.

PC Walker said: “My relationship with Bart is really good, we are really close, (we are) best friends (he is) part the family, he is a great workmate.

We have worked together since 2017 when I started my initial general purpose dog handling course, Bart was partnered with me at the beginning.

He’s my first dog from when I joined the section and we have been together ever since.

PC Walker said they cover the whole of Cheshire and North Wales, “there are four handlers on my team, and another one will join us shortly, so we do spread out the work in between us.”

“One of the most memorable moments happened quite recently, said PC Walker, “where we were sent to look for an offender from a domestic violence incident.”

“An off duty officer intervened and was threatened with a large bread knife, we searched and found the male hiding in a bush but whilst doing so Bart, unfortunately, went through a pane of glass, and cut one of his toes, but he carried on working throughout.” 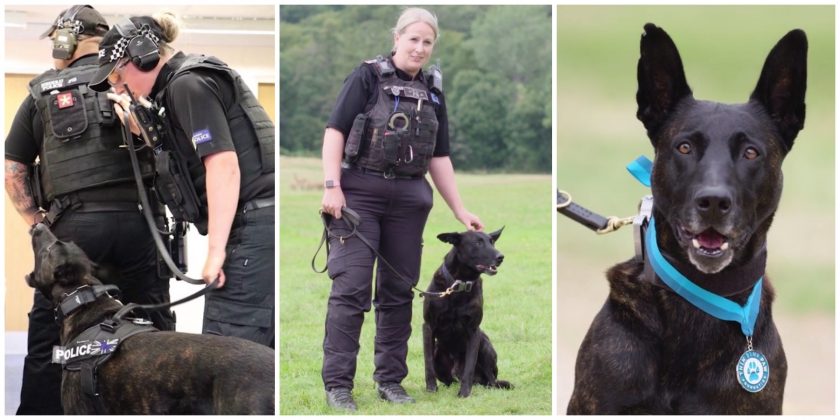 All dogs within the Cheshire and North Wales dog unit have been fitted with the custom made lightweight body armour which has been designed to be ballistic, stab, slash and spike resistant.

The armour was chosen after being evaluated for protection, and that comfort, movement, agility and speed were not compromised.

PC Walker said: “I thought it was really important to have body armour for them, at the end of the day we wear it, we are issued it for our safety and they should be the same.”

“Our unit not only issued them with body armour, but they have also all got their own individual collar numbers so that they are unique to the unit, he’s one of us so they should get the same protection.”

PC Waler added: “Bart is a brilliant police dog, he switches on when he’s at work, we’ve had lots of jobs to find in criminals but also finding (people) missing from home.”

“He also finds evidential items that may have been dropped by offenders, so we’ll go and look to them as well.”

“He always wants to work, which is all that I ask for and he enjoys working.”

“When I received the call to say that we had won the thin blue for crime-fighting duo award I was over the moon.”

“It means a lot, although I am humbled I just think we’re doing our job but it’s nice to get the recognition.” 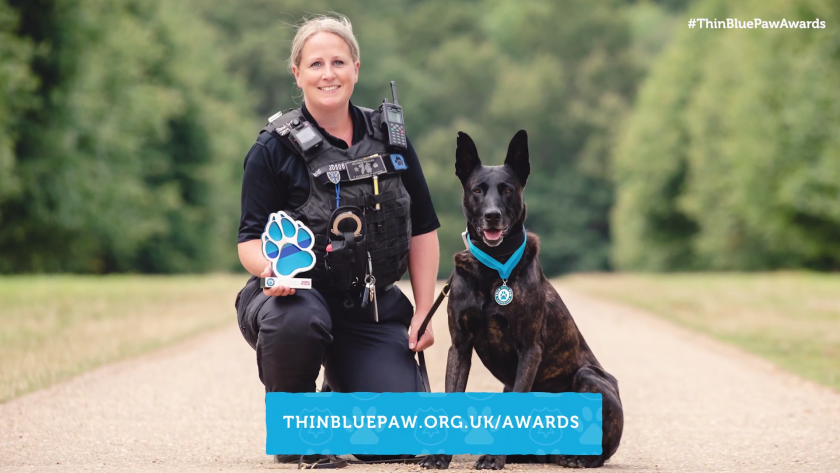 He said: “Judging the awards was extremely difficult as all the nominees are real superheroes, saving lives, catching criminals and protecting our streets day in day out but the award winners are true exemplars of dedication, valour and gallantry. ”

“It has been an honour for Animal Friends to support Thin Blue Paw Foundation in their first year and see first-hand the extraordinary impact they are making for serving and retired police dogs across the UK.”

“The animals they help have given everything to courageously protect our communities and keep us safe and it’s a privilege to be able to give something back to them; a dignified and happy retirement.”