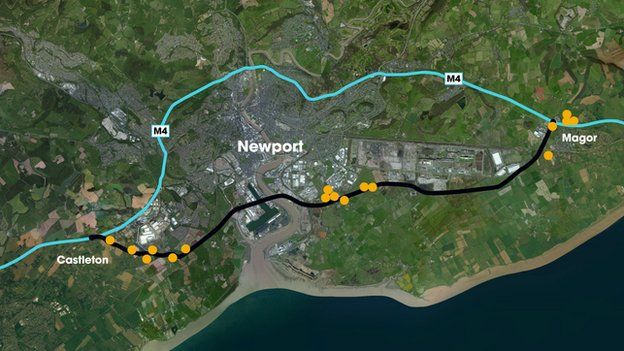 Welsh Conservatives are calling on the Welsh Labour Government to establish an upper limit to the M4 relief road project “so that taxpayers can be reassured that any works will achieve value for money.”

“Here in North Wales there are a number of vital infrastructure projects which could address the daily gridlock facing motorists, and we need to ensure that taxpayers from all over Wales get value for money.” ‌﻿​﻿‌﻿‌﻿‌﻿​﻿‌﻿‌﻿‍﻿‌﻿​﻿‌﻿‌﻿‌﻿​﻿‌﻿​﻿‍﻿‌﻿​﻿‌﻿‌﻿‌﻿​﻿‌﻿​

“The Welsh Labour Government’s new borrowing powers will make ministers more accountable for the money they spend, and better able to support economic growth right across Wales – not just in the South.” ‌﻿​﻿‌﻿‌﻿‌﻿​﻿‌﻿‌﻿‍﻿‌﻿​﻿‌﻿‌﻿‌﻿​﻿‌﻿​﻿‍﻿‌﻿​﻿‌﻿‌﻿‌﻿​﻿‌﻿​