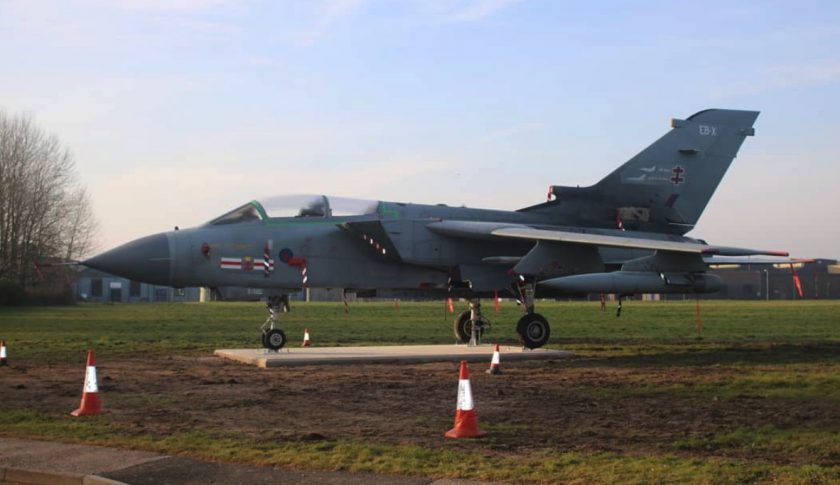 A retired RAF Tornado jet has taken pride of place outside the gates where parts for its replacement, the F-35 Lightning II will be serviced.

The dismantled jet arrived on the back of two low-loaders from RAF Marham in East Anglia last Tuesday, a day which saw three RAF Tornado’s fly over Sealand as part of the farewell tour.

The Panavia Tornado GR4 registration number ZA607 had until recently been operated by 31 Squadron the ‘Goldstars’ at Marham, although the jet still wears the markings of its former user 41 Squadron based at RAF Coningsby.

The jet has been donated to DECA Sealand by the RAF and will serve as ‘Gate Guardian’ at the site which has provided repair, overhaul and upgrade services for the Tornado avionics equipment over the years.

Members of staff from DECA along with RAF personnel spent three days reassembling the fighter jet before it was lifted onto a specially made platform in the grounds of the DECA Sealand site.

“I am delighted to confirm that the Panavia Tornado GR4 Gate Guardian has arrived at our Sealand site.

DECA has a long and illustrious history for providing support not only to the Tornado fleet during its service, but also to wider UK Armed Forces and we are extremely proud to be able to reinstate a Gate Guardian at Sealand for the whole community.”

DECA Sealand has been chosen as the global repair hub for the Tornado replacement, the F-35 Lightning II – a fifth generation multirole fighter.

Components for hundreds of European-based F-35’s will be serviced and maintained at Sealand securing hundreds of highly skilled jobs and millions of pounds worth in investment in the region.

Sealand is, of course, no stranger to Gate Guardians, a Supermarine Spitfire LF.16e was stationed by the East camp main gate at the RAF base between 1969 and 1988.

Spitfire TD248 later registered as G-OXVI went on to be fully restored to flying condition in 1992 by Historic Flying Limited in Duxford.

It was substantially damaged in a landing accident at Duxford Airfield in 2001, the pilot was uninjured.

A photograph taken in 2014 shows the old Sealand Gate Guardian flying in formation with two other Spitfires, it’s unknown if TD248 is still flying today. 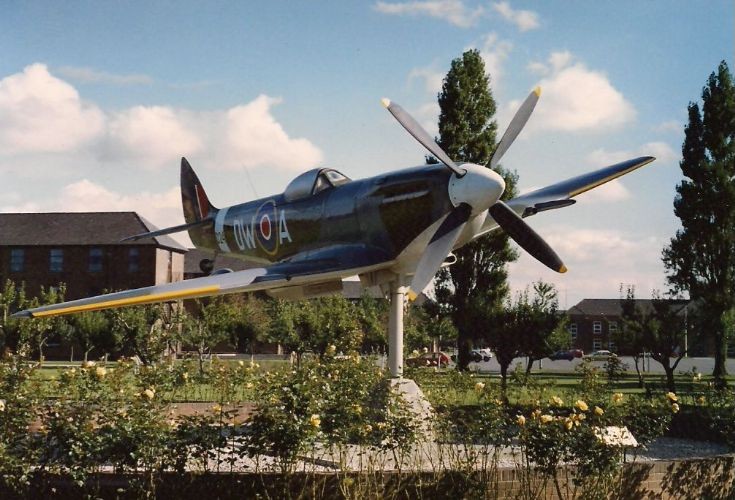 A Hawker Hunter ‘transonic’ jet fighter replaced the Sealand Spitfire in 1988, it first entered service with the Royal Danish Airforce in 1956 with ESK-724 Squadron.

It remained in active service until 1974 when it was bought back by Hawker Siddeley to become a Gate Guardian’ at RAF Brawdy in Pembrokeshire. 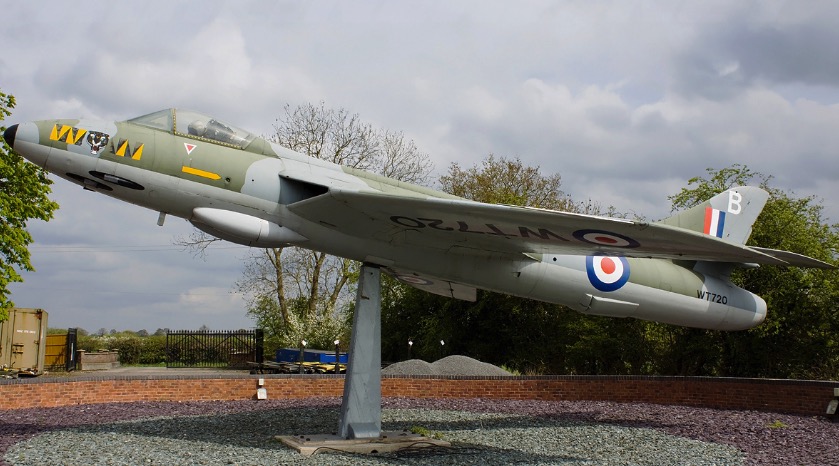