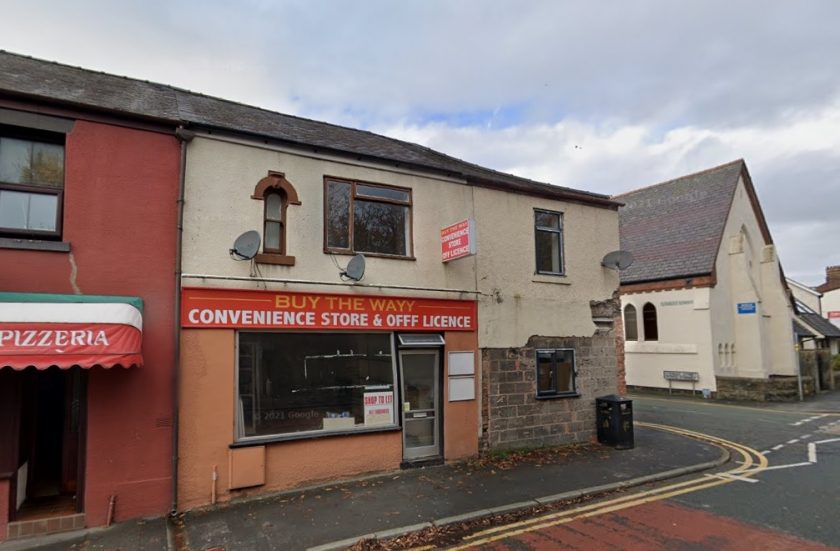 Plans to convert a former off licence in Mold town centre into a takeaway have received the green light despite neighbours raising objections.

An application was submitted by Mr R. Karagandere in November to change the use of the old Buy The Way convenience store on Wrexham Street to sell hot food.

Documents lodged with Flintshire Council said it would result in the creation of six jobs.

However, people living nearby said they were concerned about the potential smell which could be generated by the business, along with parking problems.

Fears were also voiced about rubbish accumulating near the proposed takeaway after claims there had previously been a rat infestation near the property.

Despite eleven objections being entered against the scheme, permission has now been granted by a planning official from the local authority who said it would not have a major impact on residents.

In his decision report, Alan Wells said: “Planning permission is sought for the change of use of the ground floor from retail to a hot food takeaway.

“Although the proposal will result in the loss of a retail unit, it is not located in the core retail area and therefore considered not to have a detrimental impact upon the vitality and viability of Mold town centre.

“Given the above, it is considered that a change of use is acceptable in principle in planning policy terms.

“With regard to any foul odours emanating from the cooking taking place within the building, these will be dealt with by the cooking extraction system.”

He added: “Waste bins are proposed in the existing covered outhouse to the rear of number 85 – the Italian restaurant which it is to share with it.

“A licenced waste disposal company will be engaged to remove waste materials generated by the business.”

According to the documents, the takeaway will operate between the hours of 9am and 11pm from Monday to Sunday.

In terms of parking, it’s proposed the takeaway will mostly be used to send out deliveries.

Walk-in customers will not be served in order to reduce the impact on parking in the area.

The application was approved by Mr Wells using delegated powers as he said it would “not have a significant detrimental impact” on neighbours.


Tweets by Deesidedotcom
Wednesday May 25th 17:14