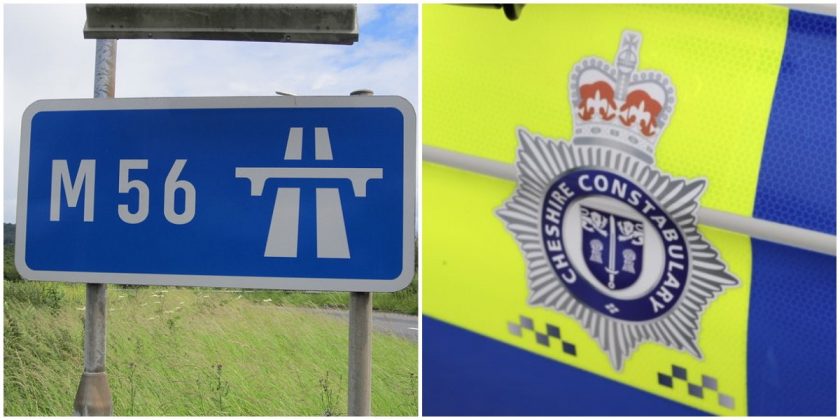 Update: Despite the police update earlier stating both directions would be opening, the westbound remained shut near junction 12 for Runcorn for a further two hours.

A local traffic report says: “The road partially re-opened around 10.15, however the road is closed within the junction whilst the very last of the restrictions are being removed.”

It is now fully open.

Cheshire Police said just after 8am: “We are currently in the process of reopening the M56 in both directions Traffic is still heavy in the area and motorists are advised to allow extra time for their journey.”

Earlier reports: The M56 is fully shut both ways this morning due to a ‘police incident’.

The motorway is currently shut between junction 12 for Runcorn and junction 14 for Chester Services and Helsby.

The road has been shut since around 3am.

Update: 7:40 – There are around 4 miles of queuing traffic heading away from Deeside up to the M56 closure, with delays of over 1 hour and 20 minutes being reported. 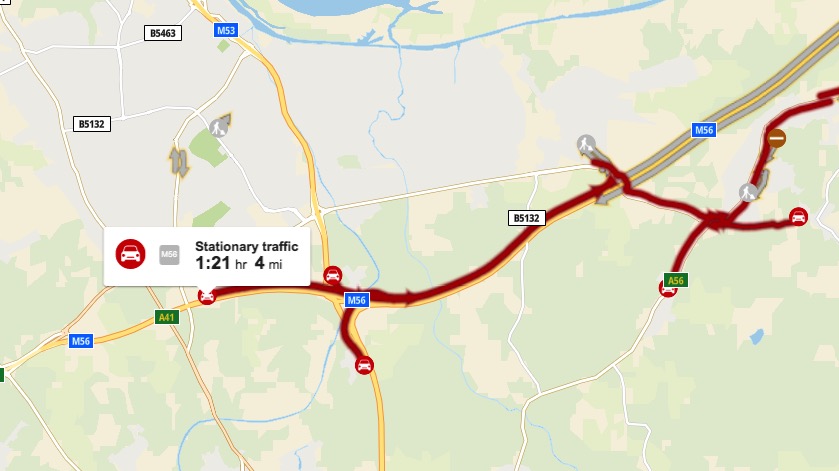 Update 6:40 – National Highways has said: “The M56 near Runcorn in Chesire remains closed in both directions from J12 to J14 due to a Police led incident.”

“There are currently delays of 30 mins and approx. 2 miles of congestion on approach to the incident.”

“Please allow extra time if travelling in the area.”

Earlier report – The M56 in Cheshire is fully closed in both directions due to police led incident.

The motorway is currently shut between junction 12 for Runcorn and junction 14 for Chester Services and Helsby.

The road has been closed since around 3.00am this morning.

“Where possible please plan an alternative route and avoid the area.”

“Traffic on A56 through Frodsham is heavy however is moving slowly.”

We are in the process of closing the M56 between J14 & J12 in both directions due to an ongoing incident. pic.twitter.com/ZkJPnEImjM

Cheshire Police are at the location and dealing with the incident.

National Highways has said: “Please be aware that there is a Low Railway Bridge 14’6” (4.4m) on the A56 between Dig Lane and Marsh Lane, Marsh Green.”

“Cheshire Police are diverting HGV’s via local routes on this diversion to avoid the low railway bridge. ” 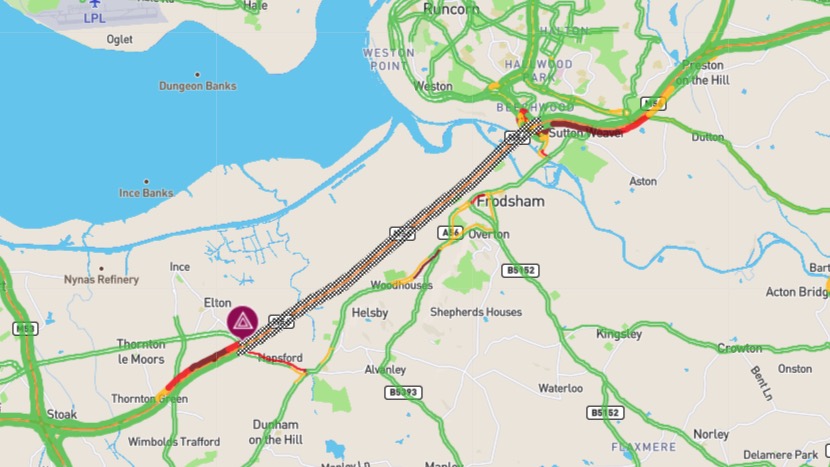