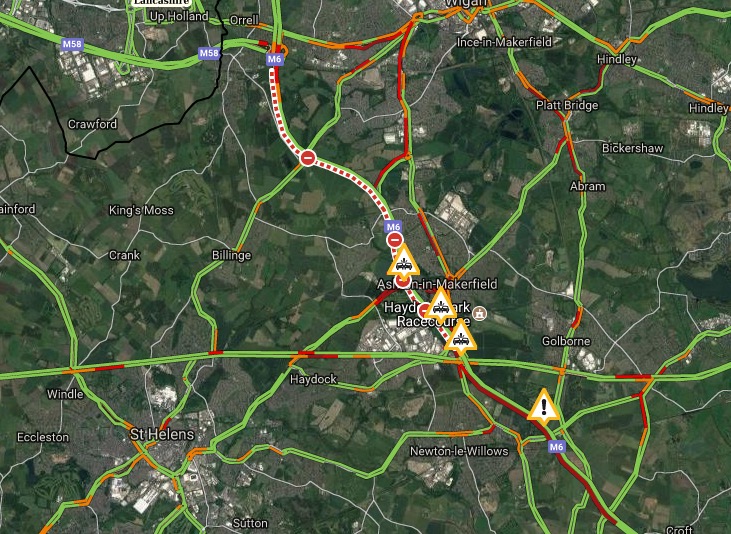 Officers from the North West Motorways Policing Group (NWMPG) attended at J26 on the northbound carriageway at Orrell, near Wigan, at around 7.50am following reports of a multi-vehicle collision involving three heavy goods vehicles. ‌﻿​﻿‌﻿‌﻿‌﻿​﻿‌﻿‌﻿‍﻿‌﻿​﻿‌﻿‌﻿‌﻿​﻿‌﻿​﻿‍﻿‌﻿​﻿‌﻿‌﻿‌﻿​﻿‌﻿​

The northbound carriageway has been closed to allow investigation work to be carried out and traffic is currently being diverted off the motorway at J23 at Haydock. Traffic also remains heavy on the East Lancashire Road (A580).” ‌﻿​﻿‌﻿‌﻿‌﻿​﻿‌﻿‌﻿‍﻿‌﻿​﻿‌﻿‌﻿‌﻿​﻿‌﻿​﻿‍﻿‌﻿​﻿‌﻿‌﻿‌﻿​﻿‌﻿​