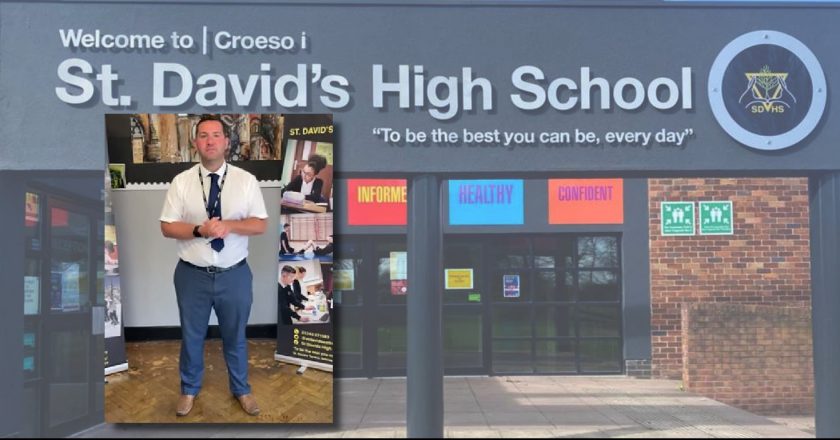 The head of a Flintshire high school has apologised to parents of a year group today after a message was sent out in error telling them to self-isolate.

St David’s High School in Saltney has been dealing with a cluster of positive Covid 19 cases in the past few days.

In a letter to parents on Wednesday, headteacher Mr Steven Richardson said, “we have received notification of a small number of positive cases of Covid 19 amongst Year 8 pupils and members of staff.

He said: “The vast majority of staff who are not in school have tested negative but have been told to isolate as a precautionary measure.”

All year 8 pupils have been told to self-isolate until Friday, June 25th.

Pupils in Year 7, 9 and 10 at St David’s who travelled on the Broughton bus earlier this week have also been told to self isolate until Friday 25th June following a positive case.

School transport has been suspended until Tuesday 22nd June.

Pupils who are in 7 and 9 who did not travel on the bus have remained in school.

On Thursday, a “large number” of messages were sent to parents of Year 8 pupils from the Test Trace and Protect (TTP) service telling them they also had to quarantine.

Mr Richardson posted a video on social media this morning explaining this was an error by TTP and apologised on their behalf, he said:

“To clarify a situation that occurred last night, a large number of parents received a text ordering them to isolate, this was a mistake by TTP.”

“The text was meant for the parents of the child, so it’s the child that needs to isolate and not the parents.

“I hope that clarifies the situation.

“I am apologising on behalf of TTP, they said it was poor wording of the text and it was meant for the child and not the parent.”

An important message for the parents/guardians of year 8 pupils. pic.twitter.com/k12xZl91jX

Flintshire council later said the message wasn’t sent by its TTP service, it was an automated text message was sent out from the NHS system.

“To clarify, parents were not told in error by the Council’s TTP service to isolate. An automated text message was sent out from the NHS system following the bulk upload of pupil data. It appears that this is an isolated incident affecting only this school and we are currently investigating in order to resolve the matter. Ordinarily, a text message would not be sent to parents of pupils.

Parents of Year 8 pupils did also receive a standard Public Health Wales letter from the school advising them that the requirement to self-isolate related to their child so it should have been clear that that the isolation was for the pupils, not the parents.

“The Council continues to work closely with the school to ensure that all those involved are clear on the requirements and are reassured.”