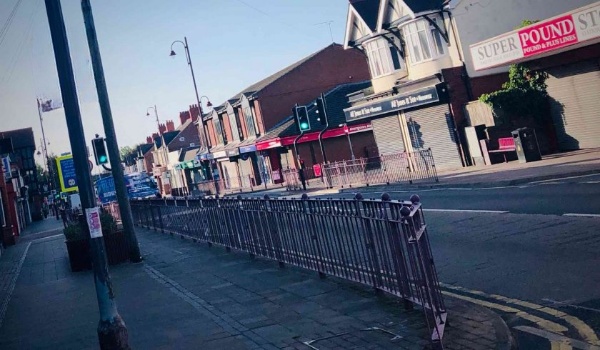 Funding has been secured to start regenerating Flintshire’s town centres with a plan now rubber-stamped by the Council.

The authority’s ruling Labour cabinet has agreed to draw on funding from the Welsh Government to support towns that are emerging from the pandemic and grappling with other challenges, after the proposal received backing at scrutiny level last week.

A report outlining where funding would be drawn from was presented to the cabinet at their monthly meeting by Caergwrle Cllr Dave Healey, portfolio holder for Climate Change and the Economy, and Andrew Farrow, Chief Officer for Planning, Environment and Economy.

This report stated: “The following funding has been secured from Welsh Government to deliver town centre regeneration priorities in Flintshire:

£510,000 revenue for use over the next three years which will support economic development activity including the recruitment of two new Project Development Officers;

£680,000 capital towards town centre regeneration and property acquisition projects to be delivered in 2022-23;

£1,260,000 for the Council to administer as a repayable loan scheme over the next five years.

“In addition to the above, the following Welsh Government funding is available for town centre regeneration from 1 April 2023:

£2.6 million available across North Wales, with up to £250,000 available per application;

£150,000 allocation per annum for the delivery of small-scale property improvement projects in Flintshire.

The report added: “The funding outlined above provides good opportunities for regeneration projects in Flintshire, however it is either repayable or requires significant match funding.

“Without capital funds the Council will not be able to take full advantage of these opportunities to regenerate town centres.”

The first towns to feel the benefit from this additional support will be Buckley, Holywell and Shotton with ‘place plans’ being drawn up to identify their needs.

Next in line for regeneration would be Connah’s Quay and Shotton, followed by Mold and Flint.

During cabinet, Mold East Councillor Chris Bithell reported on positive feedback he had received about the proposal from businesses at a meeting with Mold Town Council last week.

But he added that there were queries from interested businesses about how much they would be required to match fund.

The council’s chief planning officer Andrew Farrow said there were “no details at the moment” but would Welsh Government would be asked for the information.

As part of the regeneration plans, enforcement action will be taken to deal with empty properties and premises considered to be blighting Flintshire’s towns.