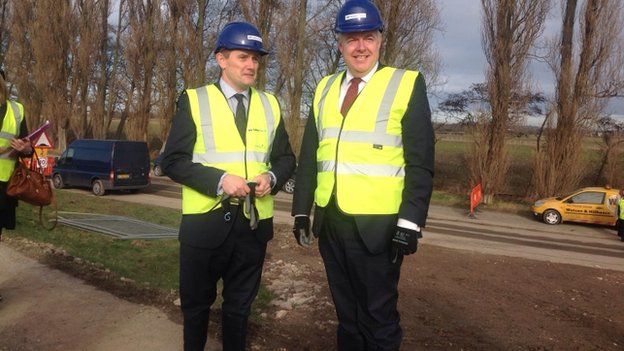 The new road will open up 220 acres of land, with capacity to create 5,000 jobs however, the tender document published this week by the Welsh Government is for an access road onto the main site and not for the main highway through the Deeside Enterprise Zone which is expected to take five years top complete. ‌﻿​﻿‌﻿‌﻿‌﻿​﻿‌﻿‌﻿‍﻿‌﻿​﻿‌﻿‌﻿‌﻿​﻿‌﻿​﻿‍﻿‌﻿​﻿‌﻿‌﻿‌﻿​﻿‌﻿​

At the launch of a the scheme in February First Minister Carwyn Jones said the aim of the Northern Gateway site was to build on Deeside Enterprise Zone’s “established strengths” in advanced manufacturing. ‌﻿​﻿‌﻿‌﻿‌﻿​﻿‌﻿‌﻿‍﻿‌﻿​﻿‌﻿‌﻿‌﻿​﻿‌﻿​﻿‍﻿‌﻿​﻿‌﻿‌﻿‌﻿​﻿‌﻿​