Airbus will kick off RAF100 celebrations with special football match 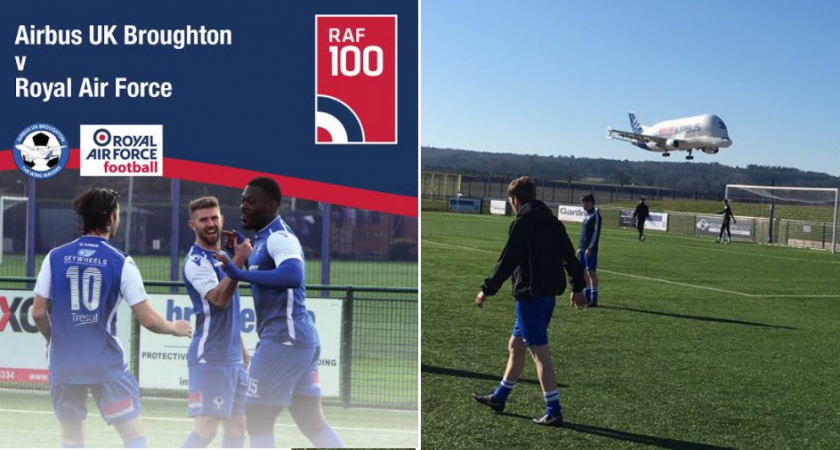 We hope to make it a special night and create a family-friendly atmosphere around the ground to cheer on both teams and we have a number of youth activities taking place before the game.” ‌﻿​﻿‌﻿‌﻿‌﻿​﻿‌﻿‌﻿‍﻿‌﻿​﻿‌﻿‌﻿‌﻿​﻿‌﻿​﻿‍﻿‌﻿​﻿‌﻿‌﻿‌﻿​﻿‌﻿​

“We are very pleased to be hosting serving members of the Royal Air Force in recognition of this year’s RAF100 Anniversary.  Airbus UK Broughton FC is delighted to acknowledge the work of the RAF past and present and we’re proud to congratulate the RAF on its 100th Anniversary.” ‌﻿​﻿‌﻿‌﻿‌﻿​﻿‌﻿‌﻿‍﻿‌﻿​﻿‌﻿‌﻿‌﻿​﻿‌﻿​﻿‍﻿‌﻿​﻿‌﻿‌﻿‌﻿​﻿‌﻿​