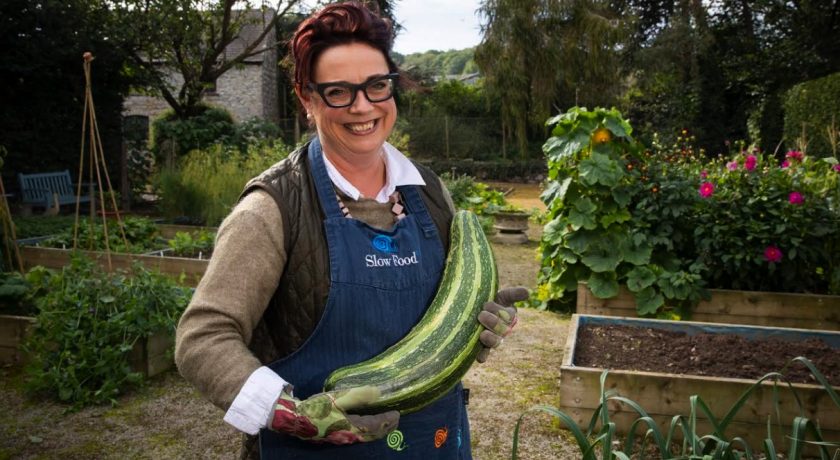 A passionate campaigner for Welsh food has launched her own business to promote and celebrate the rich and varied produce of North East Wales.

The Feeder is the brainchild of Trine Hughes, the chair of Slow Food North Wales and founder of Slow Food Liverpool, and will provide a hub to promote the region’s produce and recipes from a historic barn in the Vale of Clwyd.

The launch will be marked by a special event at 16th century Rhyd y Cilgwyn Barn, at Rhewl, near Ruthin, on Monday, October 21, with An Evening of Spanish Food provided by Dr Beatriz Albo whose award-winning Sabor de Amor – Taste of Love – range is produced at Rhostyllen, near Wrexham.

The event, which marks the 30th anniversary of the Slow Food movement founded in Italy and now covering 160 countries across the world, is part of Taste North East Wales, a 40-day festival this autumn to celebrate the fantastic range of produce from this region of Wales.

Taste North East Wales began in September and runs through October and into November with over 25 events showcasing ways for visitors and local residents to savour the region’s rich culinary tradition and already organisers are reporting plenty of activity on the website and on social media.

At Rhewl Dr Albo, a research scientist originally from Salamanca, will be cooking up a paella feast and talking to Trine about the Spanish-Welsh fusion that is her business model and that saw her spring to national attention on celebrity chef Tom Kerridge’s Top of the Shop series earlier this year.

Trine, from Rhewl, a lawyer originally from Liverpool, said: “The Feeder will be based at Rhyd y Cilgwyn in a converted barn where we will be able to hold events, workshops, courses, demonstrations and celebrations of Welsh food.

“The produce and the producers of an area like North East Wales are a product of its history and heritage and we have our own special and unique range of foods, crops and recipes.

“We have seen that with the Denbigh plum which had almost disappeared ten years ago and now you can buy trees to plant in your garden and the same is true of the Bardsey apple.

“We hope to find evidence of the survival of the Flintshire gooseberry, another near mythical local variety, and play a part in its renaissance.

These will all form part of our Ark of Taste programme.

“We need to preserve these varieties because they are part of our food heritage in North Wales and they’re at risk of extinction.” 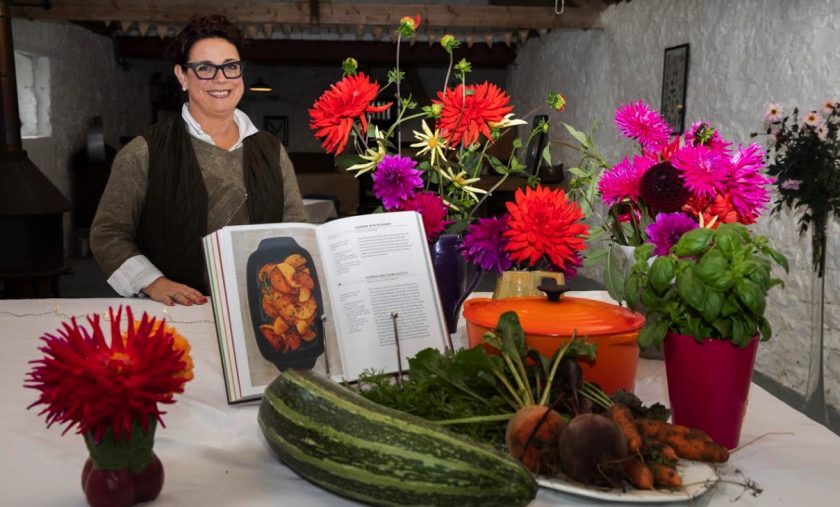 Taste North East Wales is being supported by Cadwyn Clwyd for its first two years but is intended to become an annual and self-sustaining event which includes dining experiences, production tours, demonstrations, tastings, workshops and masterclasses and also incorporate the established food festivals at Llangollen, Mold and Wrexham.

Emma Cornes, Co-ordinator of Taste North East Wales, said: “North East Wales has one of the richest varieties of food to be found in the UK and a food heritage to match.

“The programme we have put together showcases that whether it’s the region’s fantastic lamb, beef and pork, the fish from its rivers, lakes and coastline or the fruit and vegetables which grow here including the wonderful nature’s bounty of its hedgerows.

“Our programme of unique food-based experiences is taking place right across the region and we want as many people as possible to explore, experience and eat the best of what North East Wales has to offer.

“The events are available to book live on the Taste North East Wales website and on Eventbrite and we’ve been seeing plenty of social media traffic.”

Trine, who started Slow Food Liverpool ten years ago because the group she joined in Mold was too far from her then home on Merseyside, added: “The Feeder is about the act of nurture through food, it’s so much more than fuel.

It is showing someone that you care and that is what The Feeder is about.

“My passion is education and food and that is it’s not about patronising people, it’s about going on a learning journey together.

“Our producers are not all in it to make mega-bucks, they’ve all got a story. It can be a family tradition, it can be about preserving something that’s part of an area’s heritage.

“Our event isn’t just about filling up on paella but hearing from Beatriz how she came here to study and how she ended up cooking paella and these award-winning sauces.”

For more information on The Feeder or Slow Food events please email Trine on
trineslowfoodcymruwales@gmail.com

Still to come this autumn are an Afternoon tea fit for the Prime Minister, a traditional Afternoon Tea in the Food for Thought restaurant at Gladstone’s Library in Hawarden, the UK’s only Prime Ministerial library, on Tuesday, October 22, and a week later a tour of Clyttir Egg Farm Tour, near Ruthin, to see how free range eggs reach the table, with farmer David Sharples.

For more on Taste North East Wales including the programme of events and how to book them go to www.tastenortheastwales.org