Historic Flint market will close for the final time this September 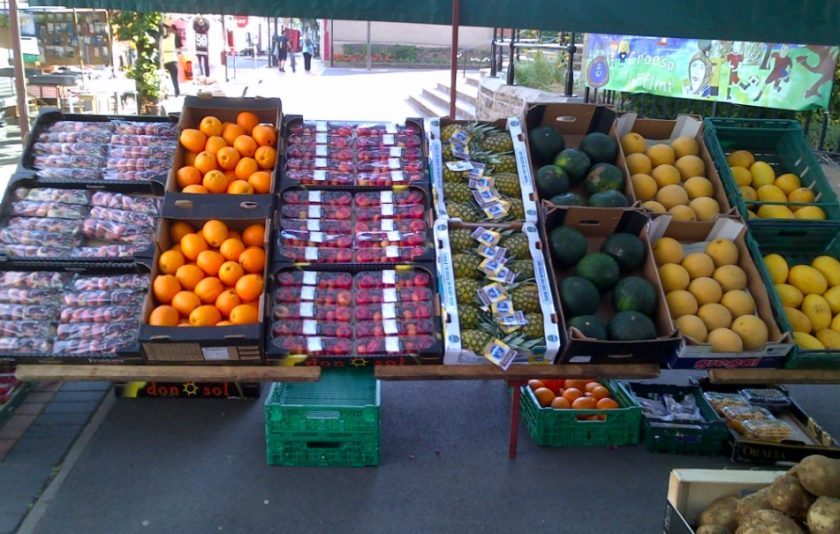 The final day of Flint’s historic market will be on Friday September 14 Flintshire County Council has announced.

Councillors voted in favour of closing the market back in March due to the small numbers of traders attending and a decline in customers.

A charter to hold a market in Flint was first made in 1278.

The market was relaunched following a move from its traditional location on Market Square, it also increased in size from one to over thirty stalls.

However, after an initial boost in the number of customers, stall holders struggled to sustain reasonable levels of trade and numbers dwindled.

Despite a series of promotional campaigns to increase awareness, enthusiasm for the market has remained lukewarm.

Competition from large retail chains, supermarkets and on-line shopping has been blamed for much of the decline.

Flint Town Council also felt the road closure every Friday caused disruption to traffic in the area and disadvantages retailers in Church Street.

From Friday, 21 September, Church Street will remain open as on other days.

“The Council has not taken this decision lightly and would like to thank traders and customers who have continued to support the market, but with numbers dwindling to the point where it was no longer financially viable, the market’s last day will be 14 September.”

Flintshire currently has four weekly street markets and one indoor market but their size has declined over recent years, inline with the rest of the UK.

Bustling Mold market is an exception, it has 43 stalls and remains an important shopping destination for many people from all over the county.

Other street markets in Flintshire are struggling, they are attracting fewer market traders and customers which in turn has threatened sustainability.

Councillors have agreed for Connah’s Quay Town Council to take over the operation of the street market in the town, it was once one of the biggest county but has virtually ceased to operate attracting just two traders for many years.

Holywell street market to continue to operate but only on an interim basis while discussions continue with the town council over future cost savings.

Mold market makes over £123,000 a year in income for Flintshire County Council whilst operating costs of Holywell, Flint and Connah’s Quay are greater than the income they generate.