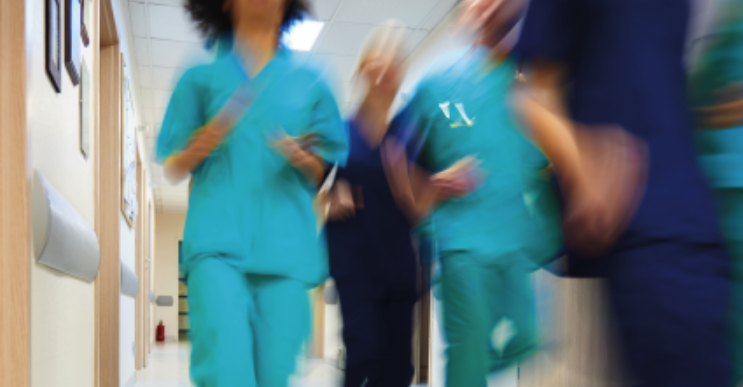 Betsi Cadwaladr University Health Board (BCUHB) has decided not to progress with proposals to change the rosters of  Nurses, Healthcare Support Workers and Operating Department Practitioners.

BCUHB claimed the move would have standardised rotas and protect the health and safety of its workforce.

Unite Wales has welcomed the decision, it has led a campaign opposing the Health Boards proposals which has resulted in an online petition of over 4,500 signatures.

A planned demonstration in North Wales opposing the proposals has been cancelled for tomorrow.

“The decision by Betsi Cadwaladr not to progress with the changes to staff rosters is a victory for our campaign and will come as a huge relief to the thousands of nurses and health professionals who would have been affected.

We welcome the fact that Betsi Cadwaladr has listened to our concerns and decided to think again. We also welcome their commitment to work constructively alongside all trade unions representing BCUHB staff.

We expect future consultations with us to be far more meaningful than has been the case over this divisive issue. What we certainly will not accept is any further attempt to bring forward changes to staff rosters under another guise.

This is now an opportunity for Betsi Cadwaladr to put this issue behind it and to encourage a positive climate of industrial relations that can help rebuild the confidence of staff and the general public.

It is in the interests of all stakeholders, most importantly the patients, that Betsi Cadwaladr can rely on a workforce that feels truly valued and listened to”.

It’s understood BCUHB received a joint letter from Unison, the RCN and Unite requesting that they do not progress with the proposed changes to nurse rotas until further discussions have taken place.

“We welcome the joint communication from Unison, RCN and Unite. We are absolutely committed to working together with our Trades Union partners.

While we focus on our partnership working and how to move forward together, we will not progress the proposed changes.

We can also confirm that the agenda for the Extraordinary Local Partnership Meeting to be held on Friday 8th November will be dedicated to this matter.”

Wales to spend £25 million on digital services across NHS

Free five week programme to find the next intake of volunteers at Flintshire Volunteer Centre.

The criteria for which patients will be treated at the Rainbow Hospital in Deeside Leisure Centre has also been widened to include more unwell patients. (LINK)