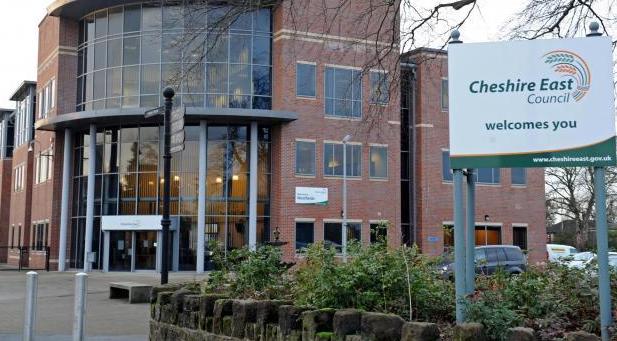 A former HR officer told an employment tribunal it should reject the evidence given by senior Cheshire East Council staff as her hearing came to an end.

Sue Wallace, of Connah’s Quay, claims the local authority dismissed her in December 2016 because she attempted to highlight a failure to pay the minimum wage to staff who had worked ‘sleep-in shifts’ through the whistleblowing process.

In her closing statement on Friday, Ms Wallace suggested that the end of her fixed-term contract on December 31 was conveniently used by Peter Bates, CEC’s now-suspended chief operating officer, as a reason to let her go – despite insisting she had taken up the offer of a permanent contract three weeks earlier.

She told the tribunal it should ‘not attach weight and/or reject’ the evidence given by CEC officers who said they could not recall conversations she had with them about ‘sleep-in shifts’.

Ms Wallace said: “The standard line we heard was ‘I can’t recall’ – not a definite ‘it did not happen’.

“I submit that this is just not credible.”

Ms Wallace told the tribunal that she believed Mr Bates knew about her whistleblowing concerns on November 30 at the same time as Mike Suarez, CEC’s suspended chief executive, and Frank Jordan, executive director of place.

She claimed this followed her email to Mr Suarez on that day titled ‘Whistleblowing Disclosure’, and a subsequent meeting of the executive leadership team where all three were present.

The tribunal heard that Mr Jordan called Mr Bates on December 16 after he had spoken to Ms Wallace about her concerns – telling Mr Bates that ‘no action’ needed to be taken.

“By calling Mr Bates he had already predetermined any action on how to follow the whistleblowing disclosure,” Ms Wallace said.

“I think it was to discuss that the whistleblowing process could be buried.”

Ms Wallace added that she believed she had been treated differently to other HR officers whose fixed-term contracts were due to end at the same time.

She suggested this was because she had brought forward the ‘sleep-in shifts’ report and the council did not want to support it, as it had the ‘potential to affect the overall budget’ of CEC.

“In October 2017, the respondent’s barrister suggested I had used a ‘scatter-gun approach’,” Ms Wallace said.

“I submit that the tribunal considers that the account and evidence of myself has been consistent.”

But Jeremy Lewis, the barrister representing CEC, insists she did not blow the whistle on the national minimum wage issue.

He pointed to the notes taken at meetings between Ms Wallace, Mr Bates and Mr Jordan from December 2016 which did not include any references to a breach of the national minimum wage.

“The claimant’s contention is that she saw the whistleblowing as being about the national minimum wage and ‘sleep-in shifts’,” Mr Lewis said.

“That contention simply cannot live with the documents.”

Mr Lewis’ case is that the claimant had attempted to raise grievances surrounding a HR restructure through the whistleblowing process.

He pointed out that the email to Mr Suarez on November 30 referred to ‘practice, culture and bullying management style’ within HR, as well as ‘incompetence’ – and he suggested this was aimed at Sara Barker, head of strategic HR.

He also echoed the evidence given by Mr Bates that Ms Wallace had turned down the permanent offer and an extension to her fixed-term contract at the council.

A decision on whether Ms Wallace’s claim has been successful will be made within the next four weeks.