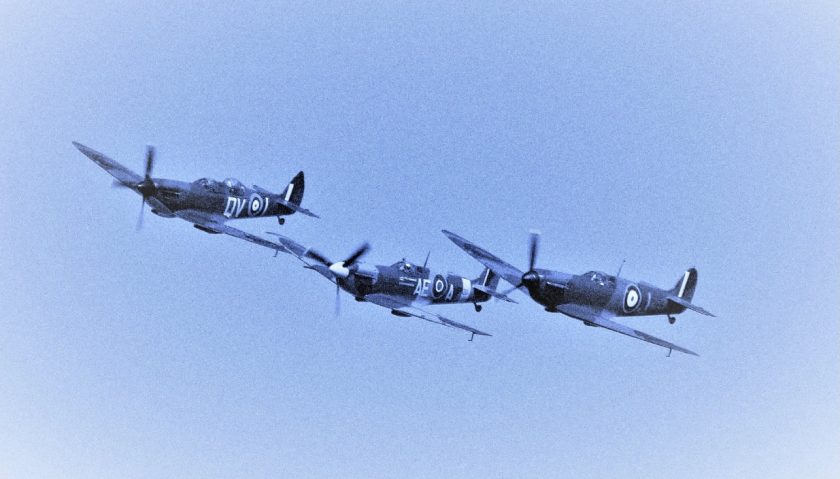 Flintshire County Council and Aura will be hosting the exhibition as part of the nationwide commemorations marking an important chapter in the history of the Second World War.

The Battle of Britain took place over the skies of the UK between 10 July and 31 October 1940 and involved 2,947 Aircrew including Pilots, Observers, Air Gunners and Wireless Operators. 544 were killed in action and aircrafts involved included the iconic Spitfire, Hurricane, Blenheim, Beaufighter, Defiant and Gladiator.

Visitors to the exhibition will learn about the importance of Welsh bases such as RAF Hawarden which trained Spitfire Pilots.

It also tells of the 68 Welsh aircrew that fought and the 17 Welsh pilots who were killed in action during the battle and of the price paid by Welsh cities like Swansea who suffered terrible losses during the German bombing raids.

“I’m delighted that the Wales and the Battle of Britain Historical Exhibition is coming to Flintshire.

“The exhibition tells the untold story from a Welsh perspective including information on how RAF stations in Wales, together with local communities across Wales, all contributed to victory in 1940.”

The Chair of the Council will be joined by Air Commodore Williams to open The Wales and the Battle of Britain Historical anniversary exhibition at Queensferry Library, in Deeside Leisure Centre from 4pm on Monday 3 October 2022.

The exhibition will be open daily from 9am to 6pm up until Friday 7 October. Admission is free.