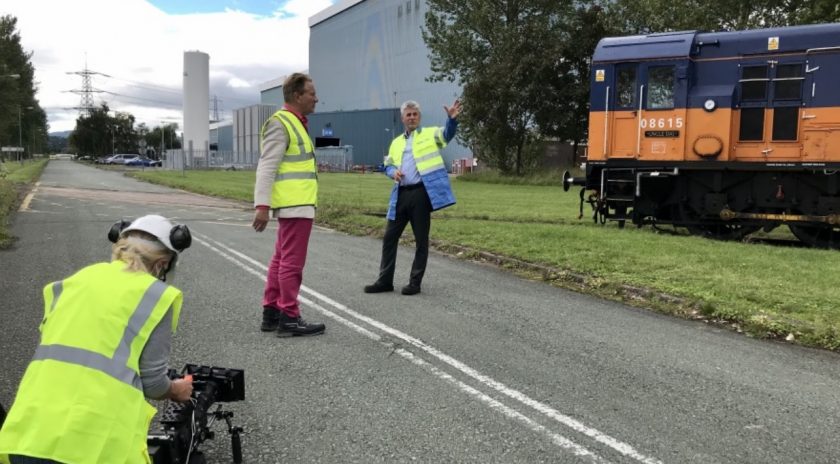 In the episode, the former politician visits Tata Steel to find out more about the sites history and the part it played in producing air raid shelters during the Second World War.

He starts his journey in Crewe, a town steeped in railway history and immortalised in Victorian music hall, to investigate the making of the iconic cinema classic The Night Mail during the 1930s.

Our Shotton site features in tonight’s Great British Railway Journeys @GBRJ_Official with host Michael Portillo learning about how as many as 50,000 Andersen bomb shelters were made a week and how today we still value safety with our construction products. #steelmatters pic.twitter.com/wT0wW5GJpW

Following his Bradshaw’s Guide, Michael takes the train to Chester to discover the interwar origins of Britain’s most popular zoo. Michael learns how the work of Chester Zoo’s enlightened founder continues, and he helps to feed a young greater one-horned rhino.

He then travels across the border in north Wales, where he reaches the village of Gresford, the scene of one of Britain’s worst mining disasters, where 266 men lost their lives in 1934. Michael hears how it happened and how it is remembered in the community today. The Ifton Colliery Band plays Gresford – The Miners’ Hymn.

Over the River Dee, at Tata Steel in Shotton, Michael discovers a wartime boost to steel production on the site, where John Summers & Sons manufactured up to 50,000 Andersen shelters a week.

During the programme, he talks to Bill Duckworth, Tata Shotton’s General Manager about the steel shelters produced by John Summers & Sons for people’s back gardens which protected families from aerial bombardment by German planes. 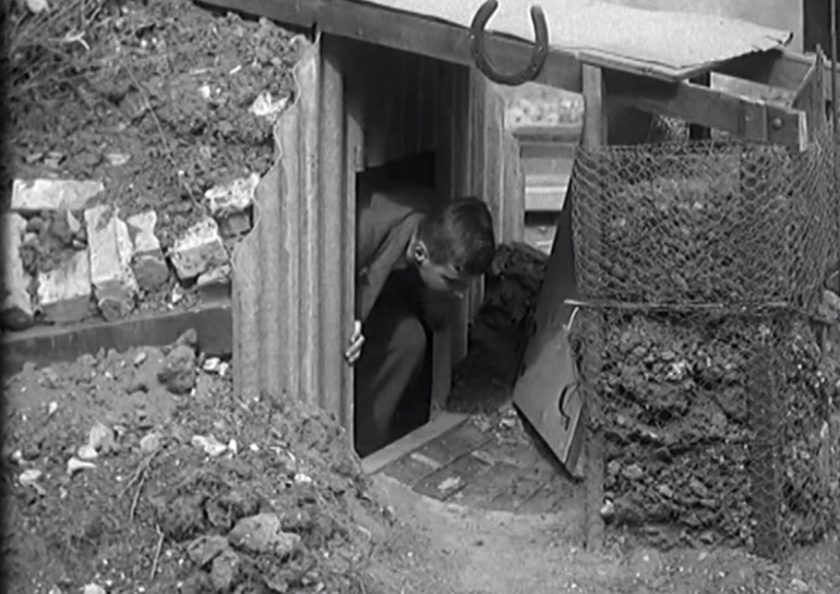 Bill revealed that the company wanted to prove to people their version of the Andersen shelter “were going to be fit” for the purpose they were designed for, so they got a ‘volunteer’ to go inside while they dropped a concrete demolition ball on it.

You can watch it here via the BBC iPlayer: https://www.bbc.co.uk/iplayer/episode/m000w16t/great-british-railway-journeys-series-12-11-crewe-to-shotton