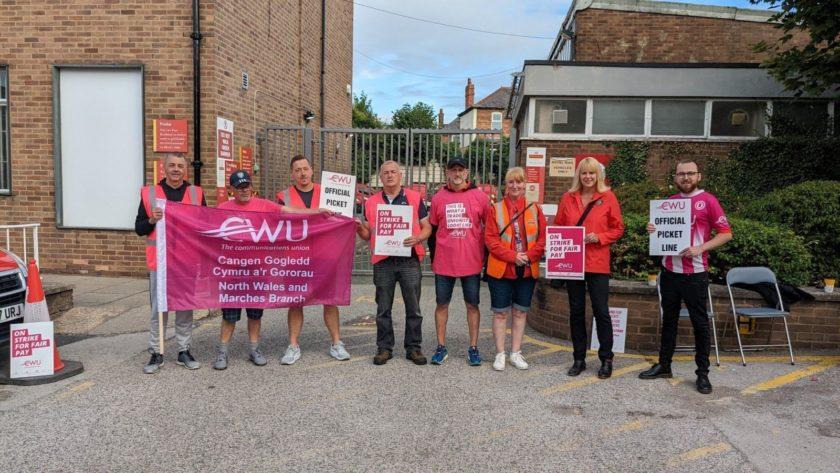 Postal workers will strike on Black Friday weekend and the run-up to Christmas after Communication Workers Union (CWU) rejected a pay offer that Royal Mail said was final.

Members CWU will strike for 48 hours on Thursday and Friday and on 30 November and 1 December, they will also carry out single days of action on 9, 11, 14, 15 and 23 December and on Christmas Eve.

In a post on the Facebook page, CWU said: “We have this morning met with Royal Mail Group. CEO Simon Thompson did not attend the meeting.”

“We put a further offer to the company yesterday aimed at settling the dispute. Royal Mail have rejected this approach.”

“They have presented their proposals as a final ‘take it or leave it’ offer and the Postal Executive have just met and unanimously voted to reject their offer.”

The CWU said it will hold a “live event tonight at 7:30pm and we want the whole union online. We will set out exactly why Royal Mail’s offer will destroy your jobs, terms and conditions and the service as we know it.”

“This is the most serious situation that has ever faced postal workers. We are facing compulsory redundancies and thousands more job losses than what the company will admit to.”

“It will also result in later starts, total flexibility, Royal Mail being turned into a gig economy employer and the end of the public service as we know it.”

“Make no mistake, this attack directly impacts every single member, workplace and function in The Royal Mail Group.”

“The job of all is us is to deliver the biggest ever support for strike action.”

The CWU’s general secretary, Dave Ward, said: “We are disappointed that instead of reaching a compromise to avoid major disruption, Royal Mail have chosen to pursue such an aggressive strategy.”

“We will not accept that 115,000 Royal Mail workers – the people who kept us connected during the pandemic, and made millions in profit for bosses and shareholders – take such a devastating blow to their livelihoods.”

“These proposals spell the end of Royal Mail as we know it, and its degradation from a national institution into an unreliable, Uber-style gig economy company … We urge every member of the public to stand with their postie, and back them like never before.”

Simon Thompson, Royal Mail’s chief executive, said: “Talks have lasted for seven months and we have made numerous improvements and two pay offers, which would now see up to a 9% pay increase over 18 months alongside a host of other enhancements. This is our best and final offer.”

“Negotiations involve give and take, but it appears that the CWU’s approach is to just take. We want to reach a deal, but time is running out for the CWU to change their position and avoid further damaging strike action tomorrow.”

“The strikes have already added £100m to Royal Mail’s losses so far this year. In a materially loss making company, with every additional day of strike action we are facing the difficult choice of about whether we spend our money on pay and protecting jobs, or on the cost of strikes.”