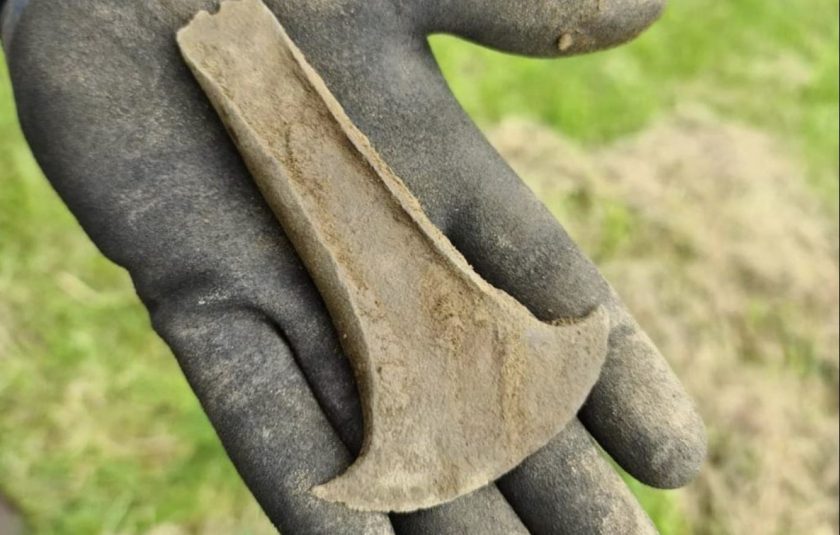 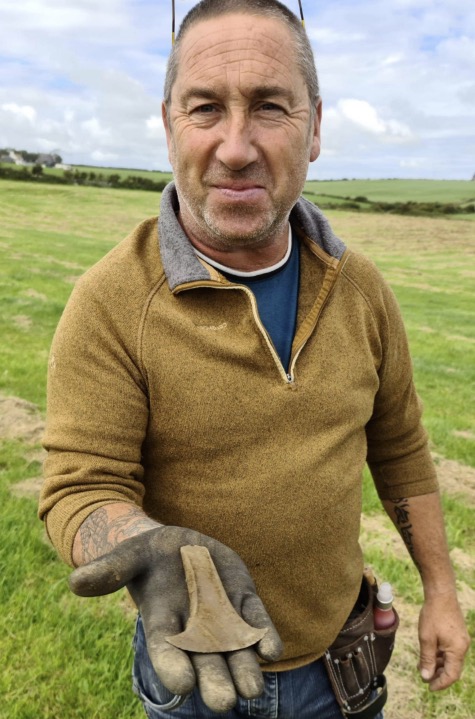 “But I thought, ‘well. I’ll dig it,’ I’d gone down about eight inches, and then spotted it.
“I knew what it was immediately. It was fantastic to find it in such good condition and still so sharp.
“It was amazing to think about who held it last,  it had laid there for thousands of years.
“I rang a finds liaison officer and took it to archaeologists (Gwynedd Archaeological Trust) in Bangor, they did carbon dating said it was 1900BC.
“I knew it was special, and they said it was rare, but because of lock down it just sat in a box. Now I’m pleased it is at the Oriel Môn so every one can see it.”
Paul’s previous oldest finds include hammered coins including a Henry the VIII  from 1523 and a 17th- century William III shilling.
“I doubt I shall ever beat it, or finding anything older than the axe head!” He added. 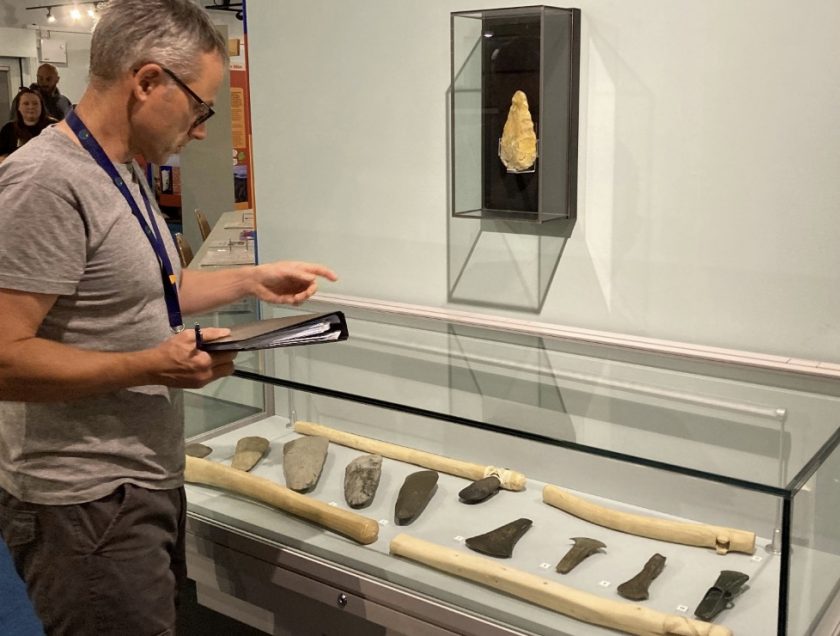