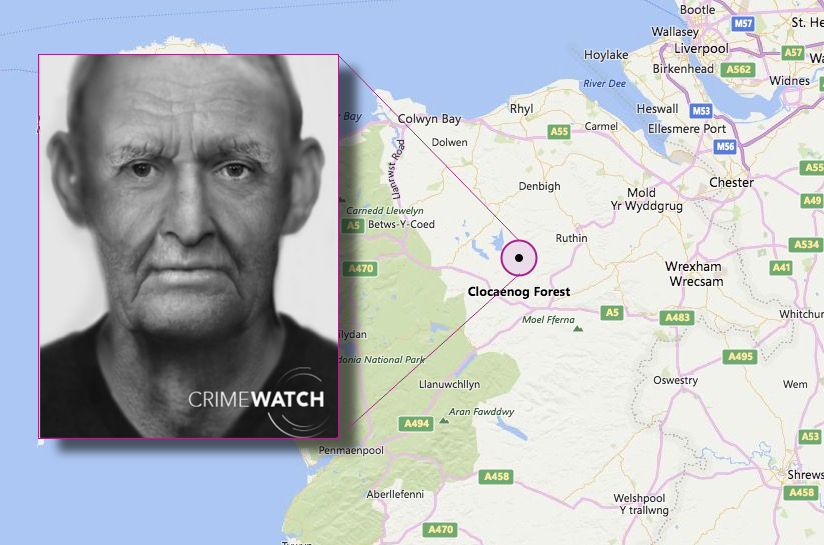 North Wales Police are appealing for information on the second anniversary of the discovery of human remains in Clocaenog Forest.

Detective Superintendent Iestyn Davies said: “On the evening of 14th November 2015 a spectator at Wales Rally GB discovered human remains close to one of the Clocaenog sections of the rally near Pentre-llyn-Cymmer. 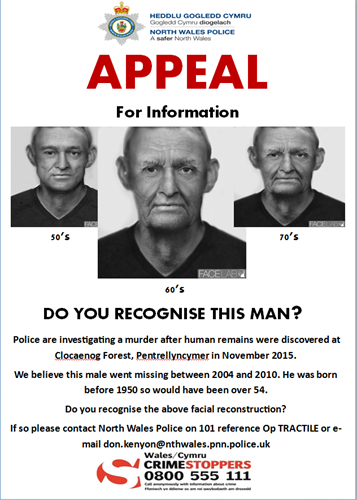 enquiries, we have yet to identify the male.”

“Forensic tests have established that he was a victim of murder and we have had a facial reconstruction completed.

We are making this appeal to coincide with the running of the rally to maximise publicity in the hope that someone may recognise the male from the reconstruction.”

He added: “Despite not knowing his identity we have been able to establish that he was born prior to 1950, he was well built and around 5’9 ½” tall.

He had a number of crowns to his front teeth and it is likely that he suffered from lower back pain & stiffness.

We believe that he was killed between 2004 and 2010 but we are keeping an open mind about these dates.”

“If anyone believes they know the identity of the male we would be very grateful if they could contact us on 101 quoting Operation TRACTILE or by calling Crimestoppers on 0800 555111.