Plans for more than 500 new homes in Buckley have been refused.

The application drew heavy criticism from residents, who were concerned about the impact on schools, health services, traffic and green barrier land. 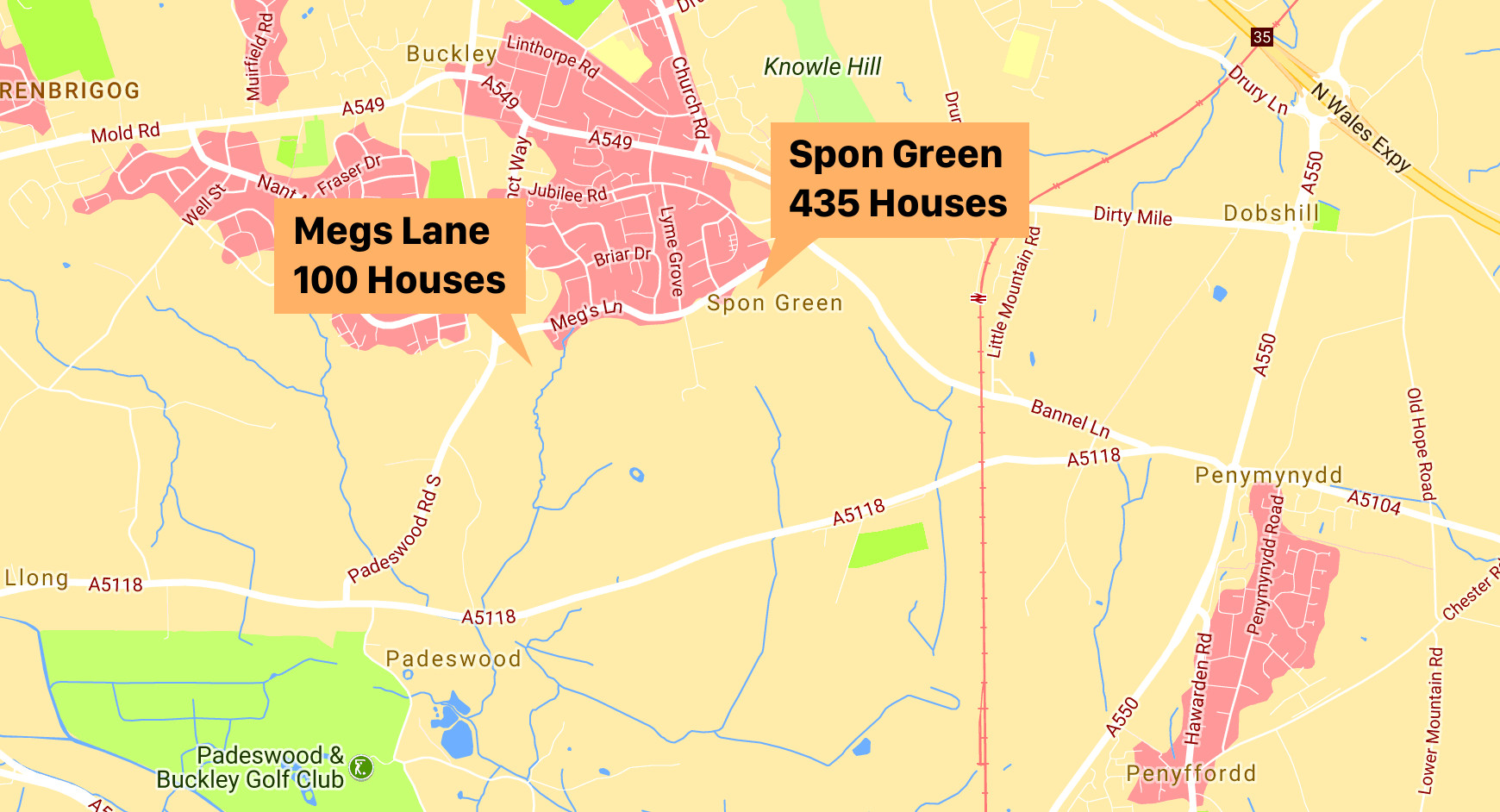 However, councillors voted unanimously to follow the recommendation of the authority’s planning officers to refuse permission for the scheme.

They also rejected plans for up to 100 homes on Megs Lane in the town over similar fears about the effect on the green barrier.

Speaking at the meeting in objection to the Spon Green proposals, Buckley resident John Woolley said: “The development is sited outside the development land of Buckley and on green barrier land.

“The green barrier should only be developed on in exceptional circumstances and the developer has failed to demonstrate these. Buckley has seen a lot of developments in the last five years and the town’s facilities are now over stretched. Our schools, doctors and dentists are simply full.”

He said: “Buckley is made up of various communities, this application of 435 dwellings is not an application for an estate, it’s in fact another community.

“I think it’s interesting to look at the objections, with 164 against and three for it.

“Buckley needs new retail like a hole in the head, we certainly don’t need that and I would recommend what the officer says to the committee, please throw it out.”

Cllr Carol Ellis said she believed new houses would only add to existing issues with health services in Buckley and asked if the local health board should be consulted.

She said: “Reference has been made to the fact that it takes four weeks to get a basic appointment in Buckley at present.

“I think we need to be consulting Betsi Cadwaladr Health Board on applications like this as well. I think that’s a really important issue, as are the schools.

“When I was reading through the report, what I found was really useful in making this decision is where the officer said this would take eight years to complete. Town would be at a standstill.” 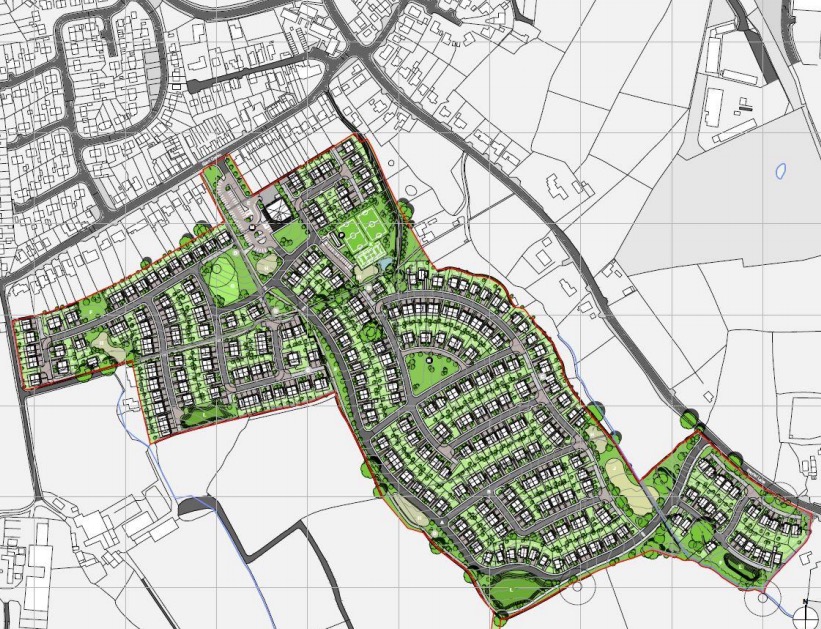 Meanwhile, councillors heard that 90 objections were submitted against the proposals for Megs Lane, with concerns raised over parking issues, the loss of green belt land and traffic problems.

They were told by officers that the development was located outside the settlement boundary for Buckley and within open countryside.

In backing the proposal to reject the plans, Cllr Arnold Woolley said: “I do not believe in this case there are any pressing or compelling cases which the developer can make that would lead to this application being granted.”

A decision on whether to grant permission for a smaller scale development of 14 homes on Alltami Road in Buckley was deferred after questions were raised over who owns land which forms part of the proposed access road.

Officers had originally recommended the plans for approval, but have now asked for further clarity on the issue.
By Liam Randall – Local Democracy Reporter.