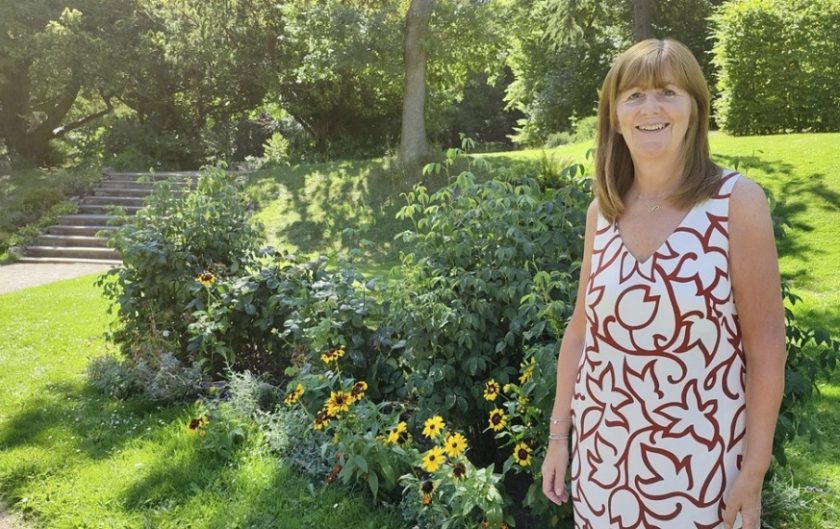 North Wales Minister, Lesley Griffiths, has seen some of the schemes in Flintshire which are benefitting the area and its people.

The Minister had an opportunity to take a look at projects in Shotton and Wepre Park, as well as in Flint where she was shown accommodation under renovation to support homeless individuals and The Walks in the heart of the town which has seen 92 new homes developed for local people.

During a visit to the Well-Fed project in Shotton, the Minister was shown around the commercial kitchen and met staff preparing fresh meals for people including those in need.

The scheme, which is a partnership between Flintshire County Council, social enterprise Can Cook and ClwydAlyn Housing, has invested in helping to tackle food poverty in the region.

Over the last 18 months, Well-Fed has distributed more than 150,000 meals to vulnerable households.

Robbie Davison, Managing Director Can Cook / Well-Fed said: “Well-Fed is a social business focused on feeding everyone well regardless of their income levels.

At Wepre Park, the Minister saw a forest school session in action and planted a tree at the tree planting extension site as well as seeing some wildflower seed collection for other urban site enhancements.

North Wales Minister, Lesley Griffiths said: “It has been great to see just some of the schemes in Flintshire which are making a difference to the area and its people.

“The Well-Fed project is supporting individuals and families to ensure they are receiving healthy food options and playing an important role in tackling food poverty.

“I was also pleased to see the work our National Forest programme has funded at Wepre Park and to plant a tree at the site.

“While the renovation of properties in Flint will be crucial in helping homeless people have their own accommodation.”

Cllr. Ian Roberts, Leader of Flintshire County Council, said: “It was a pleasure to meet the minister in Flintshire and to show her three really valuable projects which are contributing to the fabric of our vision for the area.

“The minister showed considerable interest in all three locations and in the people making a difference in our county.”