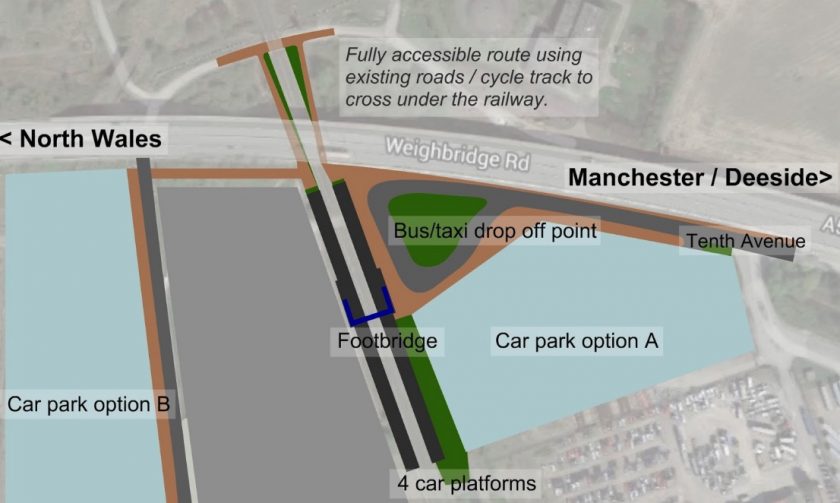 46 potential sites for new stations were taken into consideration,  12 were selected and taken forward to a second stage.

Now just four stations will be taken to the third stage of the process including Deeside Parkway on the industrial park.

Ely Mill (Cardiff), St Clears (Carmarthenshire), and Carno (Powys) are the other three to be considered.

Eight stations failed to make it through to the next round, including Llanwern (Newport), Llangefni (Anglesey) and Cockett (Swansea).

In July, the UK Government announced a £58million investment at Cardiff Central station which will result in longer platforms, improved access and reduced congestion during major events in the city centre.

The UK Government also announced that a new parkway station (aka. Swansea Parkway) will be constructed on the Swansea District Line, which could cut Cardiff-Swansea journey times by 14 minutes.