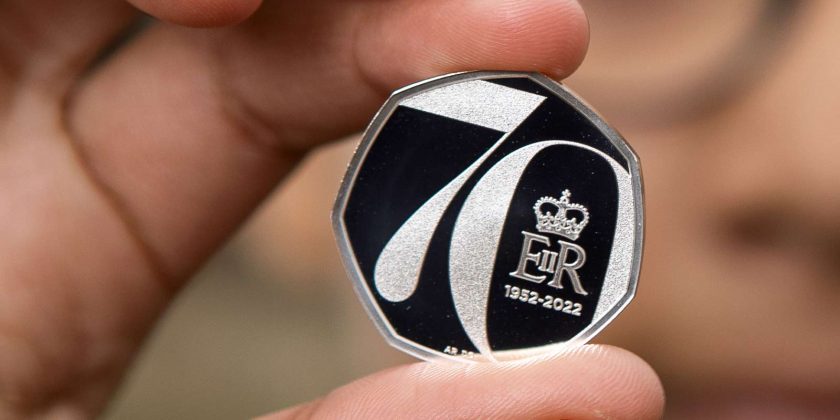 The Royal Mint’s Director of UK Currency Mark Loveridge said: “Coins tell the story of our nation and we are delighted to be working with the Post Office to mark this special Royal occasion. By issuing the Platinum Jubilee coin into circulation it ensures that this significant moment in history can be cherished for generations to come. ‌﻿​﻿‌﻿‌﻿‌﻿​﻿‌﻿‌﻿‍﻿‌﻿​﻿‌﻿‌﻿‌﻿​﻿‌﻿​﻿‍﻿‌﻿​﻿‌﻿‌﻿‌﻿​﻿‌﻿​

Nick Read, Chief Executive at the Post Office, said: “We are thrilled to be part of the celebrations for Her Majesty’s Platinum Jubilee year and that our 11,500 Post Offices across the whole of the United Kingdom will exclusively start the circulation of this special 50p coin from Monday 7th February.” ‌﻿​﻿‌﻿‌﻿‌﻿​﻿‌﻿‌﻿‍﻿‌﻿​﻿‌﻿‌﻿‌﻿​﻿‌﻿​﻿‍﻿‌﻿​﻿‌﻿‌﻿‌﻿​﻿‌﻿​