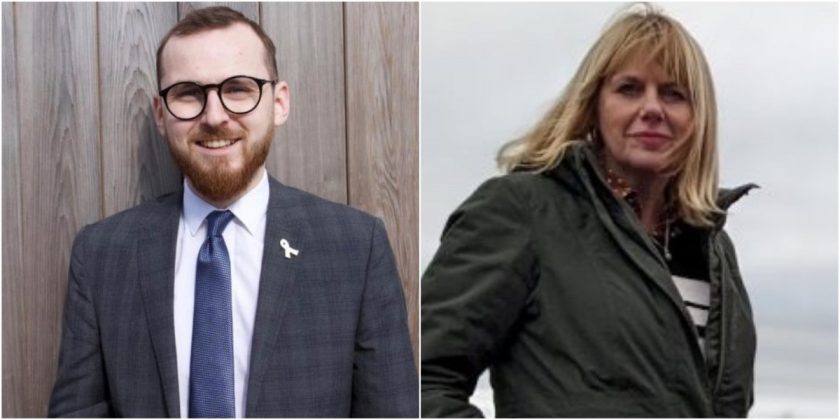 Two local Senedd Members have voiced concerns that the next Prime Minister could re-introduce fracking.

Both Liz Truss and Rishi Sunak have put on record their commitment to fracking in England, despite concerns about environmental damage.

Liz Truss was reported to have said at a leadership hustings event in Exeter, her “response on energy, yes it’s partly fracking and we should allow fracking where local communities support it.”

During a TalkTV leadership debate, Rishi Sunak said he backed fracking, again caveated with, “if local communities support it.”

Whilst campaigners in Cheshire previously defeated moves to begin fracking in the area, there are potential fracking sites in Cheshire and Ellesmere Port, close to the border with Wales.

Wales continues to have a long-standing moratorium against fracking, but Flintshire Senedd Members say they are concerned that border communities could be hugely impacted if projects in England are given the go-ahead.

The UK government has commissioned the British Geological Survey to advise on the latest scientific evidence around shale gas extraction.

Ministers have “always been clear” that the exploration of shale gas reserves in England could only proceed if the science shows that it is “safe, sustainable and of minimal disturbance to those living and working nearby.”

“While shale gas extraction is not the solution to near-term price issues, it is right that all possible energy generation and production methods are kept on the table following the unprovoked invasion of Ukraine by President Putin’s regime.” The UK government has said.

Fracking has been linked to earth tremors with a 2.9 magnitude quake recorded at a fracking site Blackpool in 2019.

The incident led to fracking trials being halted in England.

In the fracking process, cracks in and below the Earth’s surface are opened and widened by injecting water, chemicals, known as fracking fluid and sand at high pressure.

Some resources extracted through fracking are called “tight oil” or “tight gas,” because these pockets of fossil fuels are tightly trapped in hard shale rock formations.

According to Greenpeace frack fluid is contaminated with heavy metals and radioactive elements that exist naturally in shale.

“A significant proportion of the frack fluid returns to the surface where it can enter rivers and water courses.”

In the US fracking has led to the contamination of underground water sources.

In Pennsylvania, Colorado, Ohio and Wyoming this has left drinking water poisoned and property damaged.

In response to the pro-fracking stance of both Rishi Sunak and bookies favourite to be the next Prime Minister Liz Truss, Alyn and Deeside MS Jack Sargeant said: “This incredibly irresponsible rhetoric will have real-world consequences for residents in my Alyn and Deeside constituency.

“The thought of fracking starting so close to their homes is completely unacceptable. I’m disappointed to see so many local Tories queuing up to have their photos taken with these candidates, when they are proposing something that could have such a negative impact here.

He said: “It was my Dad who introduced a Wales wide moratorium against fracking and he did so because he was fully aware that if allowed to, private companies would seek licenses to frack in ex-coal mining communities, like Flintshire.”

“The Welsh Government will continue to protect communities in Wales from the dangers of fracking, but we need the Conservative Party to do its part and abandon these dangerous plans.”

Carolyn Thomas MS added: “This is completely unacceptable; we don’t want fracking on our doorstep, and I’d like to see North Wales Tories make it very clear that both leadership candidates that they are absolutely wrong and that their proposals are dangerous.

“What I am asking them to do is put communities in North East Wales before their political affiliations and stand up against Truss and Sunak and their plans to frack.

“We are in the midst of an energy crisis, but fracking is not the answer. We need investment in sustainable renewable energy projects to ensure UK energy security, end our reliance on overseas fossil fuels and work towards a carbon-neutral future.”

She said: “It is disappointing to see that the Conservative Party fail to see the urgency of the climate crisis we face.”

Deputy Leader of Flintshire Council Christine Jones added: “Whilst we are protected from fracking here in Wales, I have previously raised my concerns that Flintshire communities would be impacted by activity over the border.”

“That threat is now as real as ever, and I will continue to speak out for those who live locally. The environmental risks of fracking far outweigh the benefits and I hope sense will prevail and this policy is abandoned.”