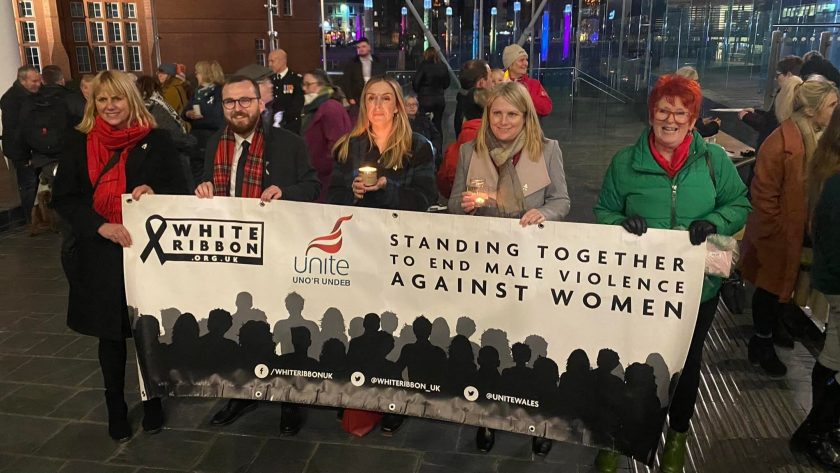 Last week we marked White Ribbon Day which is followed by 16 days of action to end violence against women, finishing with international Human Rights Day on the 10th December.

Throughout this year we have seen horrifying stories of violence against women in the news, particularly when the perpetrator is not known to the victim.

The cases of Sarah  Everard and Sabina Nessa put a spotlight on the safety of women in the UK.

But during these 16 days of action, we also remember the 2 women a week who are murdered by a former or current partner who often don’t make the news and highlight that  1 in 4 women will experience domestic abuse in their lifetime.

Whenever I speak out about violence against women, I always receive the same reply on social media; ‘what about men’.

Whilst domestic abuse against men is a real and serious issue, it is important to note that of all homicides, 38% of female victims are killed by a  current or former partner, the same can be said for 4% of male victims.

Male violence against women is common and often has deadly consequences.

It will continue to be an issue that I speak up about and as a White Ribbon Ambassador, I  encourage all men to make the promise never to commit, excuse or remain silent about violence against women.

I stood in solidarity with victims during a candlelit vigil on the Senedd steps earlier this week as we joined together to say that male violence against women must end.

‘All men can’ is White Ribbon’s leading message this year and during my speech, I reiterated that it is men’s behaviour that must change, and it is men that will have to take the lead in ending violence against women.

We can all make a difference by driving a culture change that will prevent violence before it starts.