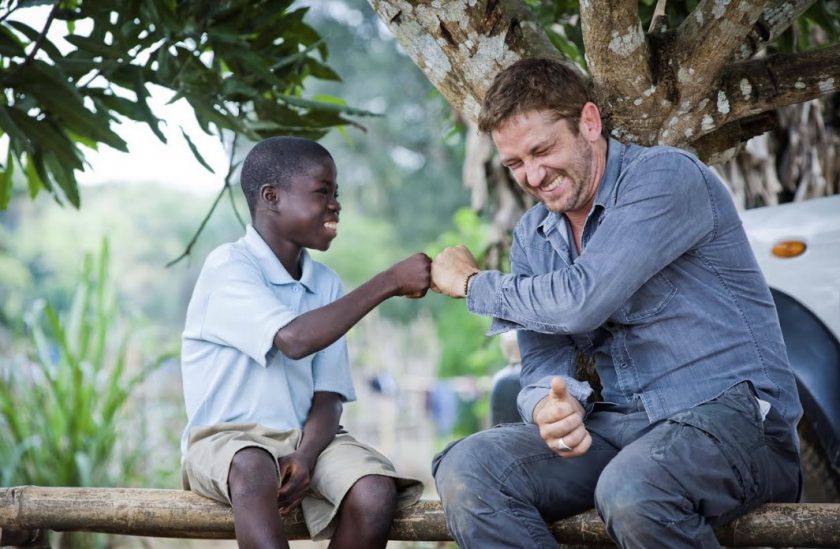 Hollywood star Gerard Butler congratulated the charity Mary’s Meals this week for reaching the milestone of feeding two million children every school day but urged its supporters not to stop there.

The Scottish-born actor sent his message of support to the global school feeding charity, which recently announced the landmark achievement of providing 2,058,099 children in some of the world’s poorest countries with life-changing meals every school day.

Gerard, 51, is a long-term supporter of the charity’s work, having visited its projects in Liberia and Haiti in recent years and has seen for himself how the meals it provides are helping to transform the lives of hungry children.

In a special video message for the charity, Gerard said: “Congratulations Mary’s Meals on reaching this landmark milestone of feeding two million children every school day. 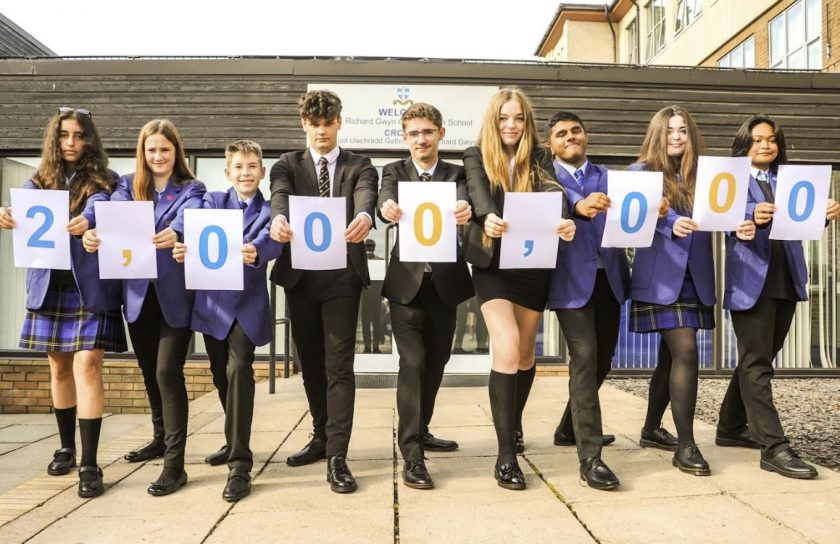 “It’s a huge achievement and I’m personally so proud to be a supporter of Mary’s Meals because I’ve seen first-hand the joy and hope that it brings to children’s lives, and it really does show that food in a child’s place of education does change the story.

“Now, we’re at two million. But we can still do better – so upwards and onwards now to three million.”

Thanks to its incredible supporters, including pupils from St Richard Gwyn High School in Flintshire, and volunteers in the UK and around the world, Mary’s Meals is providing a daily nutritious meal to more than two million children across 19 countries.

The charity provides food in a place of education to help even the most vulnerable children to attend school and concentrate in lessons, giving them the freedom to learn and the chance to fulfil their potential.

However, with more than 58 million children still out of school around the world, Gerard’s call for the charity to continue its work has been echoed by Magnus MacFarlane-Barrow, founder and CEO of Mary’s Meals.

“Last week, we celebrated an amazing moment in the Mary’s Meals story when we saw more than two million children eat Mary’s Meals in a place of education,” said Magnus.

“I thank you with all my heart on behalf of each of those children, for every bit of hard work, for every gift given, for all those unique things each person brings to this enormous Mary’s Meals’ table. Thank you, and please let’s keep going forward.”

The work of Mary’s Meals began in 2002, with feeding 200 children at a Malawian primary school. Now more than a third of the primary school population of Malawi enjoy the nutritious meals, served by local volunteers who are determined to help the next generation to build a brighter future.

The charity’s impressive growth is fuelled by countless acts of kindness from people from all walks of life. Its school feeding programme has continued to expand and reaches out to children in the greatest need, often working with local partner organisations in more remote or challenging areas.

Mary’s Meals not only feeds huge numbers of children attending schools in Africa, but also brings daily meals to children finding hope in non-formal education centres in India; the sons and daughters of vulnerable migrant workers in Thailand; young people engaging in education while awaiting trial in prisons in Niger and Madagascar; children affected by the ongoing conflict in Syria – through feeding programmes in Aleppo and neighbouring Lebanon; and many thousands of young learners in Haiti, which has been plagued by years of political unrest and natural disasters, most recently a major earthquake.

The charity’s latest milestone has prompted changes to another story – the founder’s bestselling book The Shed That Fed A Million Children, which has been fully updated with a new preface, chapter and epilogue and will be published by HarperCollins (in English) on 30 September 2021.