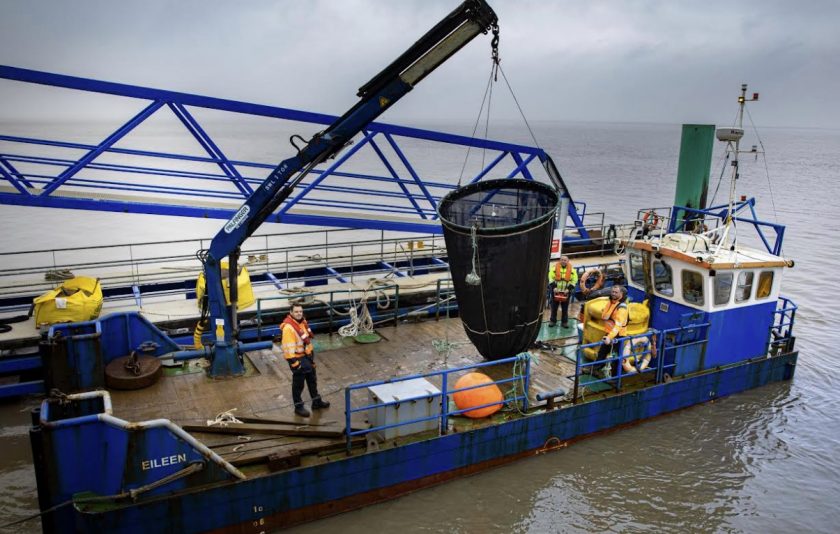 Plans for a £590 million tidal lagoon in North Wales are forging ahead following two milestone developments.

Mostyn SeaPower Ltd, a subsidiary of the Port of Mostyn, revealed they are now going out to tender for review of the initial design and costings for the scheme.

They have also embarked on the second year of ecological surveys of the priority species of fish, birds and mammals in the Dee Estuary.

In addition, a review is being held into the layout and position of the lagoon wall and to assess advances in turbine technology.

Mostyn SeaPower Ltd has said the scheme will create around 300 construction jobs and employ 35 people during its operational life of over 100 years.

A study concluded that the seabed of the estuary is well-suited to bear the weight of the proposed 6.7-kilometre lagoon wall, stretching from the breakwater at Mostyn to Point of Ayr in Flintshire.

The renewable energy scheme would provide low carbon electricity for 82,000 homes as well as four miles of flood defences for homes, businesses and the strategically important Crewe to Holyhead railway line and A548 Coast Road.

Jim O’Toole, the managing director of the Port of Mostyn believes it will be one of the biggest infrastructure schemes in North Wales for many years.

As well as helping the regional economy to bounce back after being hammered by the pandemic, it would also address the increasingly serious climate crisis and soaring energy costs. 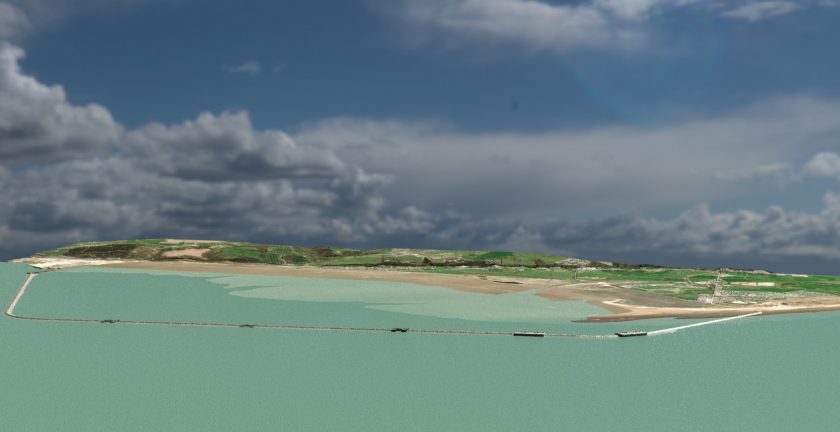 Artisit impression of the tidal lagoon

Mr O’Toole said: “The studies being carried out are to establish baseline data about the ecologically important species in the tidal area of the estuary.

“This data will provide the information necessary for comparisons to be made of the populations and behaviour of the species when the lagoon becomes operational.

“We expect to continue monitoring the wildlife for several years after the lagoon starts operating.

“Among the species, we’ll be looking for in the latest round of surveys will be glass eels which are unusual because they are believed to migrate only during full moon periods in the months of February, March and April when the tides are at their highest.  .

“For the surveys we have fitted a specially designed net to our boat the Eileen that will go out and trawl for the glass eels like an ordinary fishing boat would.

On board will be our own local crew and three marine biologists who will haul in the catch and inspect and measure them before returning them back into the estuary.

“This is an important element in the programme because all this information will be included in the environmental impact statement as part of the process in support of our General Development Order application for the scheme.

“We expect to complete this study programme at the end of this year and we would hope to get consent by the latter end of 2023. .

“In the meantime, we’ve already had two rounds of geophysical surveys and sampling of the sea bed sediment which will enable us to firm up  the design for which we’re about to go out to tender.

“To date we have invested heavily without any government funding in getting  to this point but we now  need support  to give potential funders added confidence to invest in the project.”

Mr O’Toole said that the port had taken a similar path 17 years ago when offshore wind power was in its infancy.

He added: “Mostyn is the birthplace of UK’s offshore wind industry and to date around 500 offshore turbines have been installed from the port.

“The UK’s first commercial wind farm, North Hoyle off Prestatyn, which has 30 turbines is still operating.

“What we’re proposing with our tidal lagoon is to replicate that approach with a demonstrator project which will have a design life in excess of 100 years whereas the design life of a wind turbine is in the order of 25 to 30 years.

“There are proposals for eight other lagoons around the Welsh coast which has the benefit of high tidal ranges making it extremely well suited for this form of renewable energy. .

“Given our current energy crisis with electricity costs, continually increasing, investing in predictable tidal power that’s not reliant on the sun to shine or the wind to blow would appear to be  a logical solution in terms of securing a long-term stable supply.

“In terms of our project’s progress, we’re on time and  on budget and if we get the go-ahead, it will be the gift that keeps on giving for a century or more.”