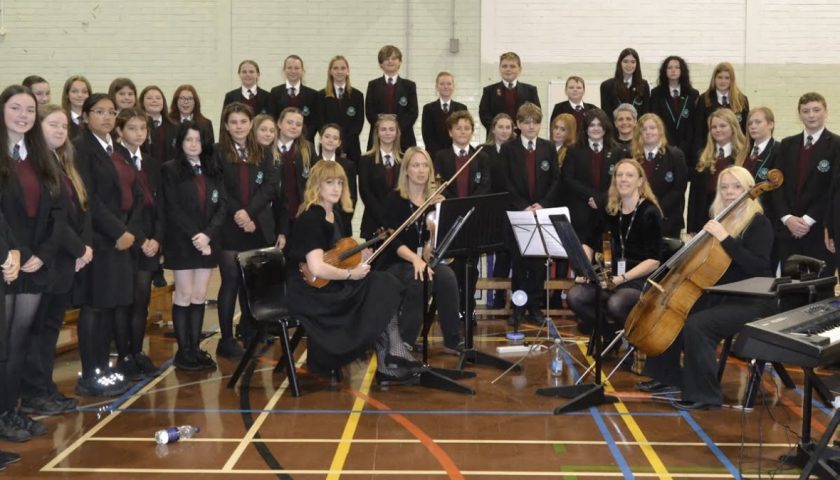 A special assembly in memory of Her Majesty Queen Elizabeth II was held at Flint High School.

Video footage showing clips from the Queen’s reign of 70 years were shown while choirs sang ‘Lift Thine Eyes’ by Mendelssohn and ‘A Gaelic Blessing’ by John Rutter.

A string quartet played ‘Nimrod’ by Elgar as students and guests left the assembly.

Alison Jamieson, assistant headteacher, organised the service.  She said: “The service was a time to remember and reflect on the long reign of Her Majesty Queen Elizabeth II, and I am so proud of our students who really rose to the occasion showing respect, empathy and understanding.”