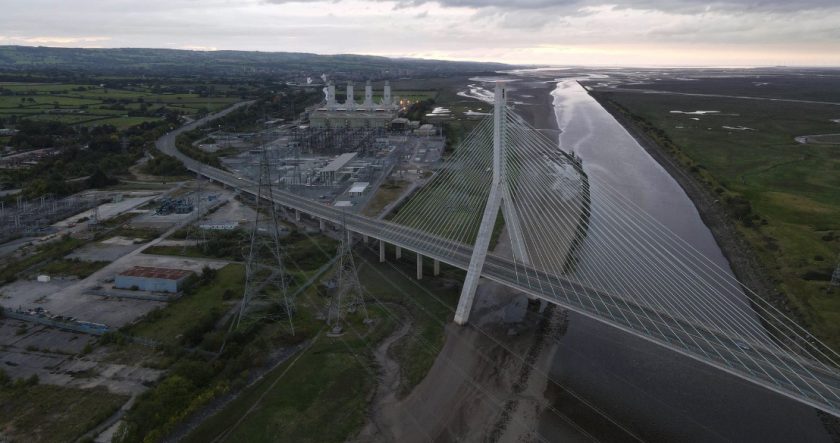 Calls have been made for the Welsh government to publish a review carried out by a panel of experts into a number of large-scale road schemes planned to take place in Wales.

Despite the review being complete, the Welsh government is holding back from publishing the panel’s report while officials spend the next few months looking at recommendations.

One of the road schemes being held up is the so-called Flintshire ‘Red Route,’ designed to relieve the long-standing traffic issues along the Flintshire corridor.

The scheme would see a 13km two-lane dual carriageway linking the A55 at Northop with the A494 and A550 north of Deeside Parkway Junction via the Flintshire Bridge.

In 2017, the Welsh government consulted on two routes, the Red Route and a second route, the ‘Blue Route.’

If chosen it would have seen improvements along the A494 Aston Hill and the Ewloe interchange with the A55 without the need for a new road being built, there was also a ‘do nothing’ option.

The Red Route was taken forward as the preferred choice in September 2017 and ecological and ground investigation work got underway.

In spring 2021 design partner Corderoy was appointed to manage the scheme however a few months later the Welsh government pulled the plug on all new road building pending a year-long review.

Around 50 road schemes were included in the review, the Welsh government said the moratorium on new road building was an environmental move.

A review panel was set up last year to look at all new road projects in Wales as part of plans to tackle the climate emergency, it was due to report back this month.

Mark Tami, MP for Alyn and Deeside slammed the decision to freeze the A494 scheme, at the time he said: “The red route is clearly the only option which is going to reduce air pollution in Aston, Higher Shotton, Queensferry and Sealand.”

“This has to be the Welsh Government’s number one priority here.”

“The impact of these fumes being spewed out next to homes, shops and schools is awful. Children’s health must come first.”

Deputy Minister for Climate Change Lee Waters said in the Welsh Parliament earlier week: “We’ve now received the full report of the roads review panel, which we’ll be going through over the next couple of months, with officials looking in detail at each of the many recommendations they’ve made.”

Responding to the news that the report will not be published until later on in the Autumn, Welsh Conservative Shadow Minister for Transport, Natasha Asghar MS said:

“The people of Wales have waited 15 months to see if vital transport networks will be continued, and now that wait needlessly continues.”

“This report is being withheld for purely political reasons, just so Labour ministers can continue their dogmatic war on road users.”

“There is no other explanation as to why the people of Wales cannot see this report now.”

“Labour ministers need to publish the report now, not later, and give the people of Wales the answers they desperately crave.”