Firefighters remain at the scene of the Sandycroft recycling plant blaze 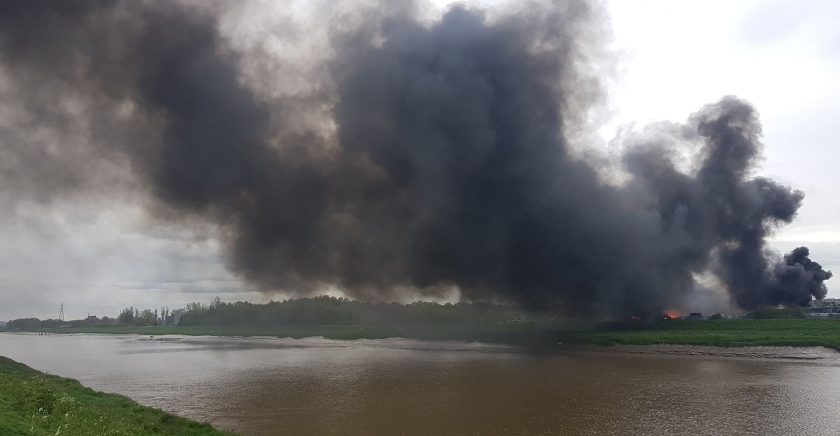 Firefighters still have 3 water jets trained on the plastic and recycled materials which caught fire yesterday in Sandycroft. A large stretch of fencing and a lighting gantry badly charred and damaged by the flames. pic.twitter.com/zkKamj7aEj ‌﻿​﻿‌﻿‌﻿‌﻿​﻿‌﻿‌﻿‍﻿‌﻿​﻿‌﻿‌﻿‌﻿​﻿‌﻿​﻿‍﻿‌﻿​﻿‌﻿‌﻿‌﻿​﻿‌﻿​

“In this location we are working hard to protect the Dee which is important as a source of drinking water for people in a large area, for the local economy, as a place for local people to enjoy and for wildlife. ‌﻿​﻿‌﻿‌﻿‌﻿​﻿‌﻿‌﻿‍﻿‌﻿​﻿‌﻿‌﻿‌﻿​﻿‌﻿​﻿‍﻿‌﻿​﻿‌﻿‌﻿‌﻿​﻿‌﻿​