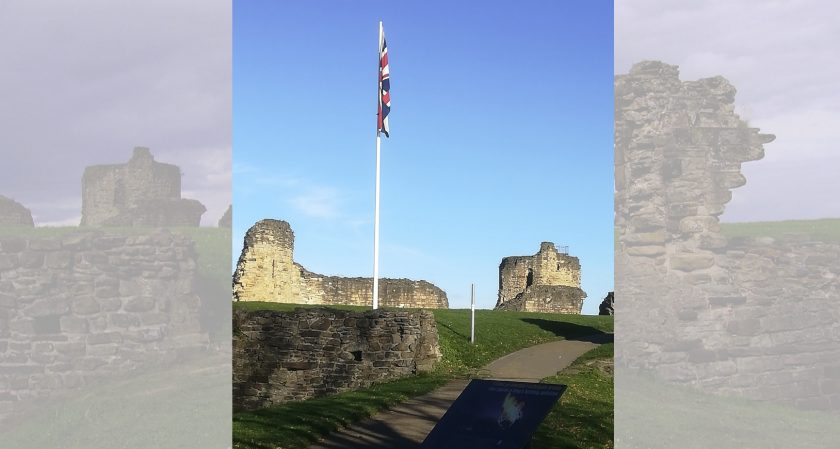 There’s been an angry reaction after a photograph was posted on social media showing the Union flag flying at Flint Castle.

The national flag of Wales usually adorns the flagpole next to the castle however, Paul Stevenson posted a picture on Twitter which was taken on Monday showing the Union Jack flying from the pole.

Can anyone at @cadwwales explain why the Welsh flag has been removed from @Flint_Castle and replaced by the Union Jack?
Will this be a permanent change? @FlintshireChron @DeesideDotCom pic.twitter.com/vbwtc5dQwQ

Flint Castle, is managed and maintained by Cadw, a Welsh-government body, we contacted them this morning about the flag, but it appears responsibility for the flag lies with local volunteers.

Flint Town Council confirmed this and said the current Welsh flag had been damaged and they are waiting for a new one, the Union flag has been taken down today.

The Clerk of Flint Town Council said they “have made contact the person responsible.”

“The flag was changed for Remembrance Day. It has been taken down today and they are waiting for a new Welsh flag as the old one was damaged.”

One of the most ‘liked’ comments in response to Paul’s post was by @biffobryon who said: “Crazy, what next Paul? They’ll probably come up with a sculpture of an iron ring depicting Edward Longshank’s ring of strength over the north of Wales.”

He was referring to the proposal in 2017 to build an Iron Ring sculpture dubbed a ‘monument to oppression’ on Flint foreshore.

The controversial plans for the iron ring installation caused an outcry across the whole of Wales with claims the sculpture celebrating the conquest of Wales by Edward I was “inappropriate and insulting”.

The Welsh flag was raised over Flint Castle for the first time on St David’s Day in 2016 following a year-long campaign by local residents.

Welsh Government told campaigners that they could not fly the Red Dragon because the castle was unmanned.

However, the decision was overturned after the group argued that keeper of the keys to the castle opens and locks the castle everyday.