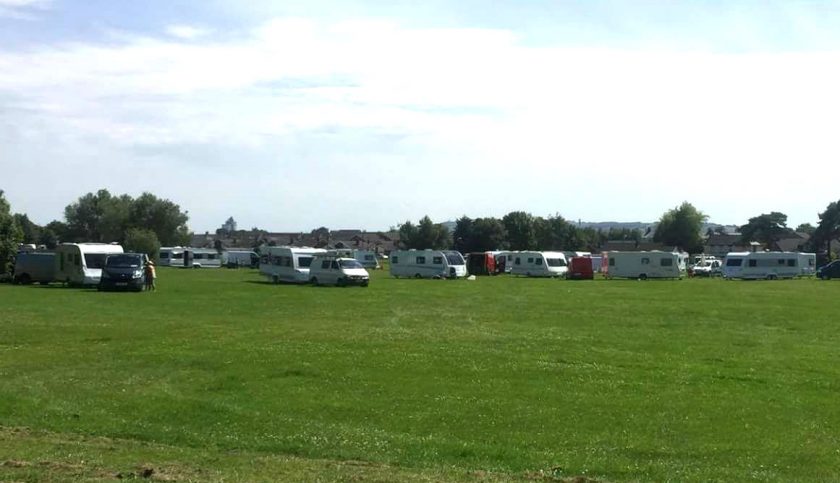 Following a consultation with local residents and acting on feedback received the council drew up plans to improve security around the perimeter of the Common.

The work, which is likely to take six weeks, will involve the excavation of a shallow trench and bund around the perimeter of Higher Common, an overhead barrier to the car park and the placement of stone in specific locations.

“I’m pleased to announce that work to make the Higher Common more secure from future gypsy and traveller camps is to start this week.

This work is a result of that consultation, a few things have been modified to reflect comments we received back but in the main attendees at the meeting were very supportive.”

Council officials were forced to apply for a court order during the summer to move a group of travellers from Buckley Common.

Around 20 caravans pitched up on the Common in July sparking fierce complaints from locals.