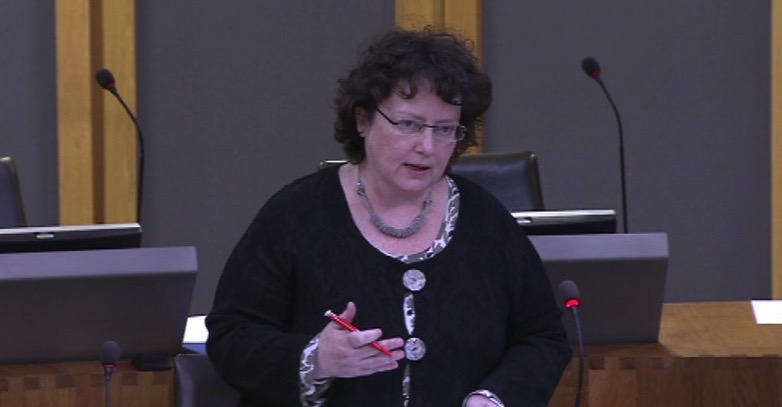 The Senedd’s Presiding Officer has tested positive for coronavirus.

Ceredigion AM Elin Jones announced the news in a statement on Twitter this afternoon (Tuesday), revealing she is self-isolating after initially showing only “very mild” symptoms.

Elected by AM’s to the role in 2016 , it is known in Welsh as the “Llywydd” and equivalent to the role of Speaker of the House of Commons.

Announcing that she is “fine” and displaying only “very mild” symptoms, she added: “I started my symptoms last Thursday evening and have been in self-isolation at home since then.”

“My symptoms have been very mild – a new cough, slight tightness of the chest and fatigue,” added Ms Jones, who was first elected as a Plaid AM at the first Assembly elections in 1999.

“The symptoms were so slight I could easily have ignored them and persuaded myself I was of no risk to anyone. I’m so glad that I heeded the advice or I could have been walking around in Ceredigion and spreading the virus.

“The lesson from my experience is clear – even with the mildest of symptoms – SELF ISOLATE. Even seek to self-isolate within your home if you can.

Due to her non-attendance for today’s proceedings in Cardiff Bay, her place in the chair was instead taken up by Deputy Presiding Officer and Vale of Clwyd AM, Ann Jones.

But the session was attended by only 15 of the 60 AM’s in a bid to reduce social contact, with parties nominating a representative number to ensure political parity in the chamber.

Those in attendance gave formal approval to the UK parliament bill on Tuesday, which includes sweeping measures to control the spread of Coronavirus.

The new law, expected to pass through Parliament this week, would allow authorities to:

Take people into or keep them in quarantine, or direct a person to attend a designated place

UK health secretary, Matt Hancock, has stressed that the powers in the bill would only be used “when strictly necessary” and would remain in force only for as long as needed to respond to the crisis and would be reviewed every six months.

Health minister Vaughan Gething, who proposed the bill, said: “The powers being taken are intended to protect life and the nation’s public health. A severe pandemic could infect about 80 per cent of the population, leading to a reduced workforce, increased pressure on health services and death management processes.”

He added, “The Welsh Government, together with the other three national Governments in the UK, have resolved to review and, where necessary, amend legislation. My aim is to ensure that the response in Wales is consistent and effective.

“These are extraordinary measures for extraordinary times that we face. The legislation will be time-limited for two years and not all of those measures will come into force immediately.”
Welsh Conservative leader, Paul Davies, welcomed the Legislative Consent Motion’s (LCM) passing.

“It’s another hurdle crossed to keep the authorities free to take the action required to defeat this pandemic,” he said.

“It being given consent is evidence, were it needed, that whatever our varied political persuasions, at a time of national crisis we will work together for our people, and our country.”