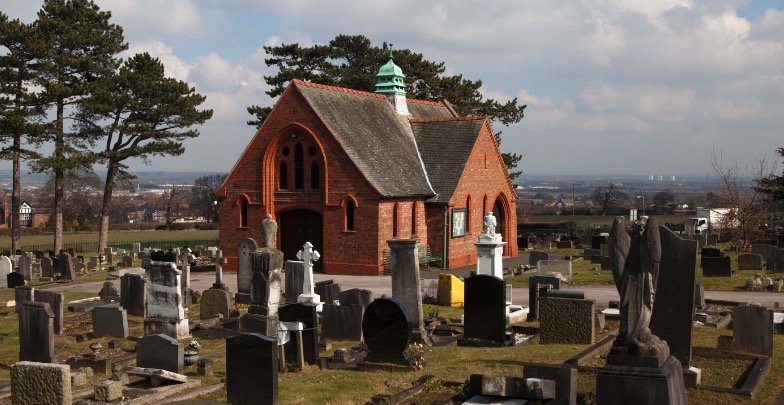 People living in Flintshire will no longer be able to bury their loved ones unless local cemeteries are expanded, it has been warned.

It comes as a new report has been published which shows a growing shortage of plots available at burial sites in three separate communities.

Hawarden’s No. 2 Cemetery and Bryn y Grog in Hope have been identified as the highest priority with the latter only having seven spaces left for graves.

Councillors in Flintshire are now being asked to back extensions worth a combined total of £825,000 to both sites to provide enough burial plots for the next 20 years.

Officials said Buckley Cemetery was third in line for improvements with an estimated nine years of capacity left but no land available for it to be expanded.

They said it meant a new site would need to be found in the long term, either in the town or in a neighbouring area.

In the report, Steve Jones, Flintshire Council’s chief officer for Streetscene and transportation, said: “Currently the major challenge and risk facing the service is the availability of future burial space, particularly at Hope (Bryn y Grog) and Hawarden (No 2) Cemeteries in the short term and beyond that at Buckley Cemetery.

“Without action being taken to address these shortages, local residents will no longer be able to be buried in their local cemetery with other family members and loved ones.

“Of particular concern is the cemetery at Hope with only one year and Hawarden with four years capacity.

“Suitable land has been identified adjacent to the cemeteries at Hope and Hawarden and the capital business case has been submitted for the extension to Hope Cemetery and negotiations are currently ongoing with the landowner.

“The capital business case for the extension to Hawarden Cemetery is awaiting approval, and negotiations are at an early stage with the landowner’s agents.”

The cost of expanding Hope Cemetery has been estimated at £225,000.

Meanwhile, Hawarden is seen as the main cemetery in Flintshire, where around a third of the county’s burials are carried out, meaning a larger extension worth £600,000 is required.

Further investigations are set to be carried out to identify alternative locations in Buckley.

Mr Jones said it was anticipated that the cost of the improvement work would be offset by burial fees.

He added: “Clearly the purchase of additional land, creation of infrastructure and the extensive ground investigation works would require significant investment from capital funds.

“However, the investment would secure future income from burial fees, which would be lost should extensions not be provided. Based on current fee rates the proposed extension at Hope Cemetery would generate an anticipated income of approximately £375,000 over a 25-year scheme period.”

“The balance between expected income and the cost of developing the sites will be sufficient to cover the operational costs for maintenance and supporting the burial work.”

Members of the authority’s environment scrutiny committee will be asked to support the proposals at a meeting behind held next week.