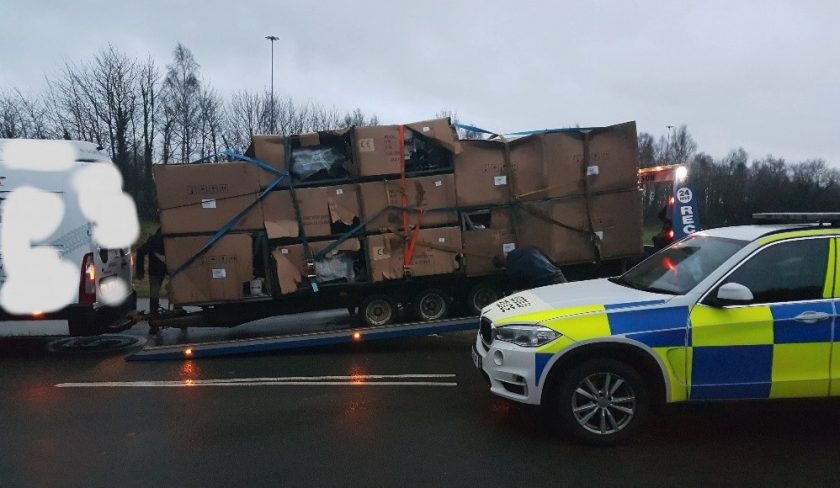 A van and trailer was found to be more than four tonnes overweight when stopped by police in Deeside earlier today.

The Transit van was towing a trailer with around a dozen boxes strapped onboard, each one contained a quad bikes.

Police said the combined weight on the van and trailer was 9.5 tonnes “a huge” 56% over permissible weight.

The driver was given a ticket and fined £1200 plus recovery costs. 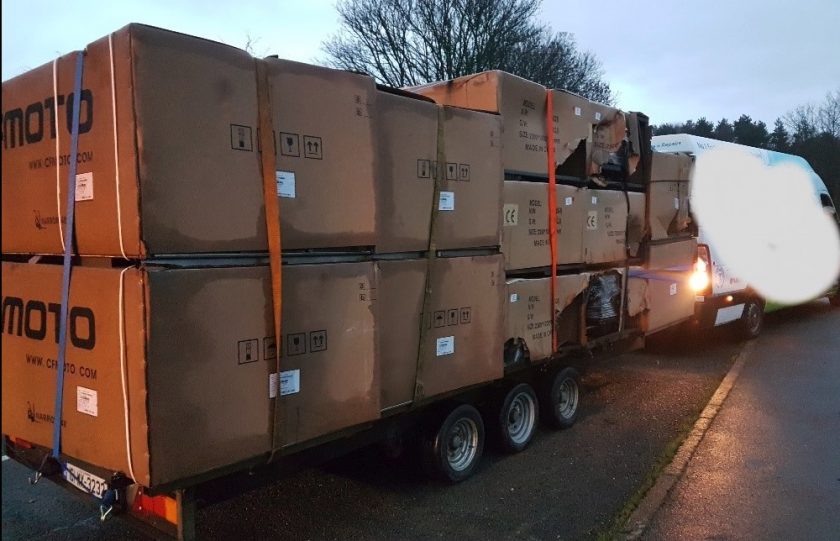 In a post on the North Wales Police Roads Policing Unit page, a spokesperson said:

“Each box contained a quad bike, the van and trailer combined weighed 9.5 tonnes, a huge 56% over permissible weight. Driver fined £1200 plus recovery costs.”