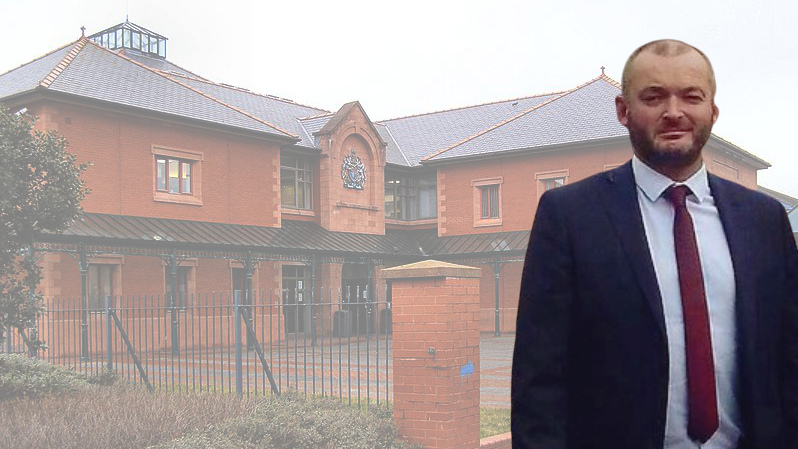 A council leader knew a hire car used for a romantic trip to a Manchester hotel with his PA was being paid for by the council, a tribunal has heard.

Cllr Aaron Shotton, who was leader of Flintshire council at the time, is facing three allegations of breaching standards at an Adjudication Panel for Wales hearing in Llandudno, after conducting an affair with married council employee Hayley Selvester.

He is alleged to have given Mrs Selvester interview questions before she was interviewed for the role as his PA, encouraged her to send sexual messages on council time and hire a car using council resources to take his PA for romantic liaisons. He denies the allegations.

Mrs Selvester was PA to Cllr Shotton when they arranged to stay together at a Manchester hotel in 2016.

She says he knew she had ordered the car under the local authority account because neither of them wanted to use cars associated with themselves.

They used a hire car on three occasions the hearing heard.

Under cross-examination from Joanne Clement, representing the Connah’s Quay councillor, Mrs Selvester said it was her job to make the bookings for the former leader’s cars when he was on official business.

Ms Clement, who repeatedly accused Mrs Selvester of lying, said: “Cllr Shotton never knew these hire cars had been booked through the council.

You knew and you tried to bring him down. This pack of lies is your revenge against Cllr Shotton.”

Asked why she hadn’t mentioned being given the questions for her interview in her disciplinary meeting with the council, after the affair was publicised in the press, or when initially interviewed by the Public Service Ombudsman for Wales, she said she feared for her job.

At the start of the second day of the hearing Mrs Selvester was warned by panel chair Claire Jones about changing her statement, adding she had the right to decline to answer anything that may be incriminating.

In an intense exchange Ms Clement repeatedly suggested the witness was lying to the tribunal, having lied to her employment tribunal and the Ombudsman.

She denied this, saying she had decided to tell the truth because she was under oath.

She also denied she had given a statement to a national newspaper when the story of her affair broke.

It attributed a “source” as saying if Mrs Selvester didn’t get what she wanted from the Ombudsman’s investigation into Cllr Shotton people should “stand back and wait for fireworks”.

Mrs Selvester said it was “a ridiculous” idea. She added: “Did you see the state of me in the pictures. If I was giving a statement I would have prepared myself a bit better.”

Cllr Shotton stepped down from his role as leader in April last year amid growing pressure following a row over the sacking of his deputy Bernie Attridge.

The tribunal continues with a closed session to hear sensitive evidence from 9am on Wednesday morning, with the hearing opened up to the public later.