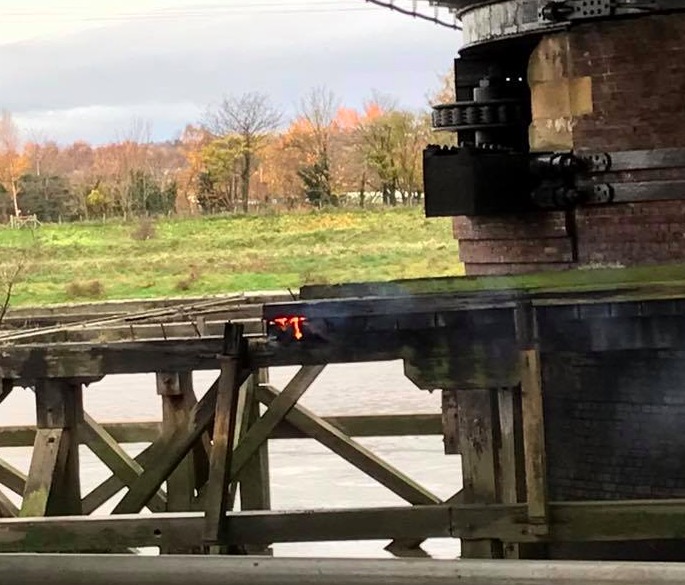 Trains services between Wrexham and Bidston were disrupted earlier today after jetty under Hawarden bridge caught.

Several train services between Wrexham and Bidston were cancelled or delayed with firefighters from Deeside dealt with the fire under the bridge which is close the Tata Shotton.

The fire service received reports just after 10.30 this morning that a 1sq metre of wooden jetty under Hawarden railway bridge was on fire.

Having dealt with the fire, crews left the scene at around 1.30pm.

“A small fire was reported this morning on a jetty which sits beneath Hawarden bridge.

Safety is a key priority and all trains were stopped for ten minutes whilst we ensured the bridge was safe.

The fire service are currently on site, and trains are running again in the area.

We are working with Arriva Trains Wales to keep passengers moving, and trains are now able to run over the bridge at a reduced speed due to the smoke.

Passengers are advised to check before travelling as there may be some delay to services.”