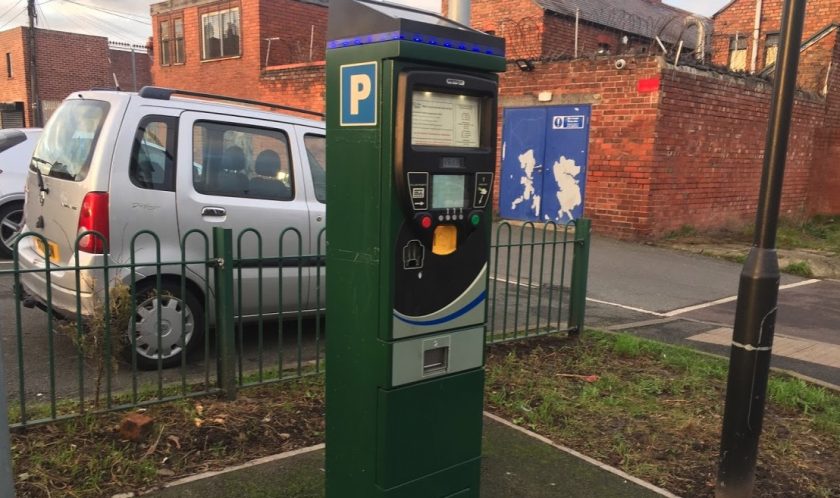 Suspending parking charges in Flintshire’s town centres was “the right thing to do” to support businesses, a community leader has said.

It comes despite confirmation that Flintshire Council will no longer be reimbursed for lost parking income as a result of the decision to help firms hit by the coronavirus pandemic.

The local authority made the move, which it said was also designed to assist key workers, following the introduction of national lockdown measures towards the end of March.

The free parking offer was later extended in June when non-essential shops reopened in Wales and a council spokesman said it would remain in place “for the foreseeable future”.

However, despite being successful in its first claim for lost parking fees, the authority has been told by the Welsh Government it will no longer be eligible.

The ruling was revealed by the council’s corporate finance manager Gary Ferguson during a meeting on Friday, October 16.

He said: “We received a reimbursement for quarter one and then we received eligibility criteria for quarter two onwards very recently.

“That does say that where councils have made a policy decision to not charge post-pandemic then it won’t be eligible.

“The council has challenged that and written to the minister, who clarified that is the case.”

Mr Ferguson said there was potential for a claim to be made on the basis of a reduction in footfall, but council leader Ian Roberts described it as only “a slither of hope”.

Frustration was voiced over the decision during last week’s virtual meeting of the corporate resources scrutiny committee.

It comes after the authority recently disclosed it would need to find anywhere between £14.4m to £27.3m to plug its estimated budget shortfall for the next financial year because of the impact of Covid-19.

Buckley Bistre East councillor Richard Jones was among those who questioned the government’s ruling.

He said: “Are Welsh Government saying that they’re not willing to support local business in that way?

“That’s what they’re saying if they’re not going to support the decision made locally.”

He later continued: “I understand the sentiment behind it, but I think we did the right thing, and most people would think that as well.

“There’s lots of towns specifically in Flintshire that rely on those car parks to provide the trade.

“If you start charging, it might only be a small amount, but we know from past experience that it does change people’s shopping habits.”

In a recent publication, Audit Wales said an additional £500m of Welsh Government funding had been provided to councils to mitigate additional costs and income losses during the pandemic.

But auditors said there may still be a “significant funding shortfall” for local authorities in the future.

In response to Cllr Jones’ comments, the council leader said he did not believe his assessment was fair, highlighting a range of business support put in place by ministers in Cardiff.

He also acknowledged that other authorities had chosen to keep parking charges in place during the same period.

Cllr Roberts, who heads up the ruling Labour administration in Flintshire, said: “Welsh Government has supported businesses in the first lockdown.

“There were grants to local businesses and there was the business rate reduction for a year which many town centre businesses actually benefited from.

“It’s not for me to justify Welsh Government’s decisions, but what I am saying is that this was quite clearly a local decision.

“When I went to Denbighshire during this period, the car parks on the beach at Prestatyn and Llandudno, car parking charges were back in at places like that.”

When asked for further clarity on the situation, a Welsh Government spokesperson said: “Local government has risen to the challenge of responding to the coronavirus crisis and we recognise this has created considerable pressures.

“We have made more than £0.5bn in additional funding available to local authorities to help with the extra costs associated with the pandemic and the loss of income.

“We have agreed a set of principles with the WLGA and Society of Welsh Treasurers for income loss eligibility, this includes support for parking charge losses as a result of lower footfall but not for the impact of decisions taken locally by councils about charging regimes.”