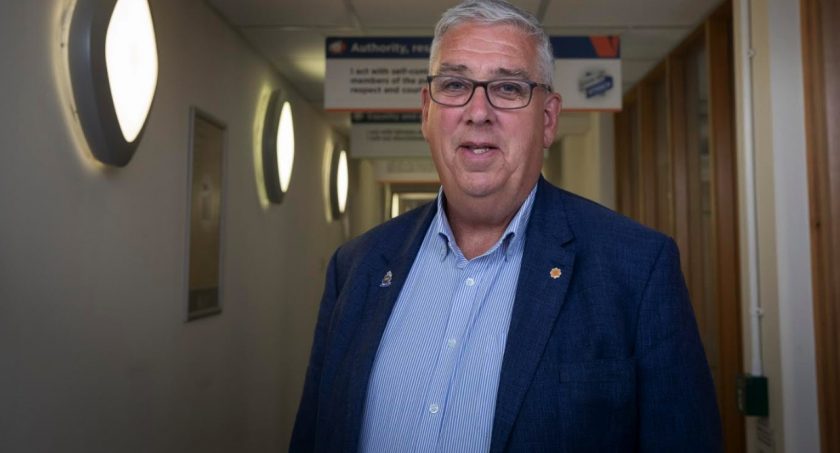 A police boss is calling for assurances that people using cannabis for medicinal purposes will not be prosecuted.

North Wales Police and Crime Commissioner Arfon Jones has written to the head of the Crown Prosecution Service in Wales asking for a guarantee that sick people will not be hauled before the courts for trying to alleviate their conditions.

He was deeply touched by the recent death of Phil James, a young father from North Wales who took cannabis oil to prolong his life after being diagnosed with a brain tumour at the aged of 33.

Mr James’ case made global headlines after he advocated for the use of CBD which contains banned Tetrahydrocannabinol (THC).

The father-of-one from Oakenholt, near Flint, said the oil shrunk his tumour and staved off seizures allowing him to spend longer with his wife Nicola and their 15-month-old daughter, Phoebe.

He was diagnosed with a grade three tumour at the end of 2015 and it dramatically reduced in size after taking the drug.

But Mr James then suffered a minor stroke and a CAT scan revealed a secondary tumour, causing him to suffer a series of falls, in February 2018.

He died at Nightingale House Hospice in Wrexham on January 5.

According to Mr Jones, the case of Phil James was a perfect example of why it was necessary to ensure that people who took medicinal cannabis should not have the additional worry of being threatened with the possibility of prosecution.

It was, he said, “cruel and inhumane” for people to be criminalised for being seriously ill.

In his letter to Chief Crown Prosecutor Barry Hughes, the police and crime commissioner wrote: “I am writing to you to request your support in preventing the prosecution of those using cannabis for medical purposes.

“On the 1st November 2018 the UK Government announced that cannabis products can be legally prescribed to individuals who could benefit from the medicine.

“Cannabis based products have been proven to help those suffering with a number of issues including MS, Parkinson disease and epilepsy.

“Since the legalisation of medical cannabis there have only been two individuals that have received an NHS prescription for the drug.

“Unfortunately there are hundreds of individuals in the UK that need medical cannabis to continue to live without pain and enable them to lead a normal life.

This is a cost which is impossible to sustain yet these individuals are increasing their debts and using their savings just to live a pain free life and prevent prosecution.

“In October 2019 MPs hosted a Cross Parliamentary meeting on Drug Reform called ‘forced to break the law: how should police respond to medical cannabis users’.

“During this meeting we heard from individuals who use cannabis to relieve their symptoms yet spend their days worrying that they will be prosecuted for their cannabis use.

“During the meeting we heard about Lesley Gibson an MS patient who has spent the last year awaiting prosecution for the cultivation of cannabis.

“In January 2019 Lesley’s home in Carlisle was raided by Cumbria Police and her cannabis plants were removed.

Lesley could not afford a private prescription and was left with no option but to medicate herself for her MS and grow her own cannabis plants.

Her local Crown Prosecution Service decided to take the case to where she was acquitted.

The Crown decided that it was not in the public interest to prosecute an individual who cultivated cannabis for medical purposes only.

“Is this now National CPS Policy that it is not in the public interest to prosecute users of medical cannabis?

If so I welcome this progressive policy change and I agree that it is not in the public interest to prosecute users of medicinal cannabis.

“Individuals are forced to cultivate medicinal cannabis because the UK Government will not support widespread prescribing of pharmaceutical cannabis by the NHS.

I look forward to receiving clarification from the Director of Public Prosecutions.”