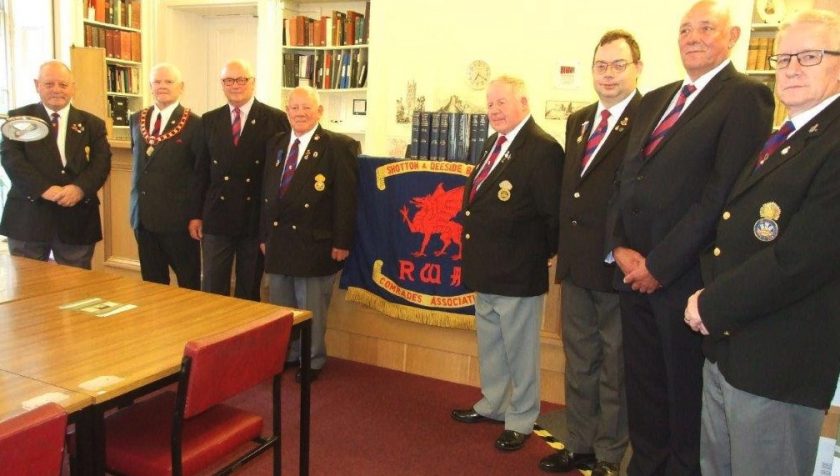 They visited the Record Office to deposit a set of eight published volumes entitled “Regimental Records of the Royal Welch Fusiliers” as well as gifting a copy of the history of the regiment signed by RWFCA officers.

The Royal Welch Fusiliers was formed in 1689 and primarily recruited in North Wales.

Throughout its long history, it served in many campaigns.  In 2006, it was merged into The Royal Welsh.

Thirteen years after its inception, it was one of the earliest regiments to be honoured with a fusilier title, becoming known as The Welch Regiment of Fuzilieers.

It was one of the oldest regiments in the Army, hence the archaic spelling of the word ‘Welch’ instead of ‘Welsh’.

“It was an honour to welcome the members of the RWFCA to the Record Office and a privilege to accept their generous donation of the Regimental Records which will be kept in the archives allowing future generations to read the fascinating history of one of the oldest regiments in the British Army.”